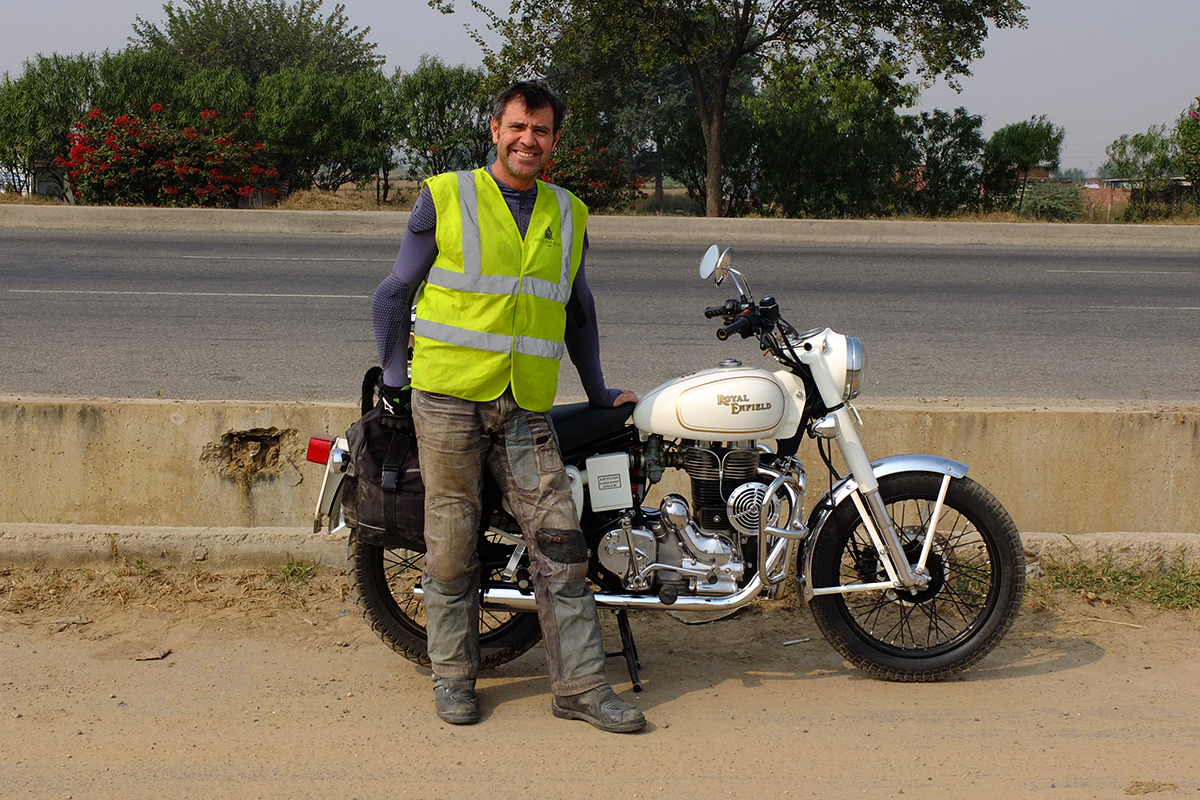 I’ve heard it discussed and debated many times that Mount Everest isn’t the world’s tallest peak. There is a pacific island called Mauna Kea that when measured from the bottom of the ocean floor to its very top, is over 10,000 metres. Everest stands at 8,848. Erosion wears them down, but active ranges are also continuously rising. And here’s the interesting thing: despite this, once mountains reach a certain height, they achieve a state of equilibrium. It may sound weird, but they grow without getting any taller. When I witness the effort and commitment it takes to attempt ascending any high peak or pass in the Himalayas, by foot or motorcycle, I’m not convinced that getting to the top, or over it, is essential. Over the years, and for many different reasons, not everyone has managed that. And, there are no guarantees that you will. The reasons are many. 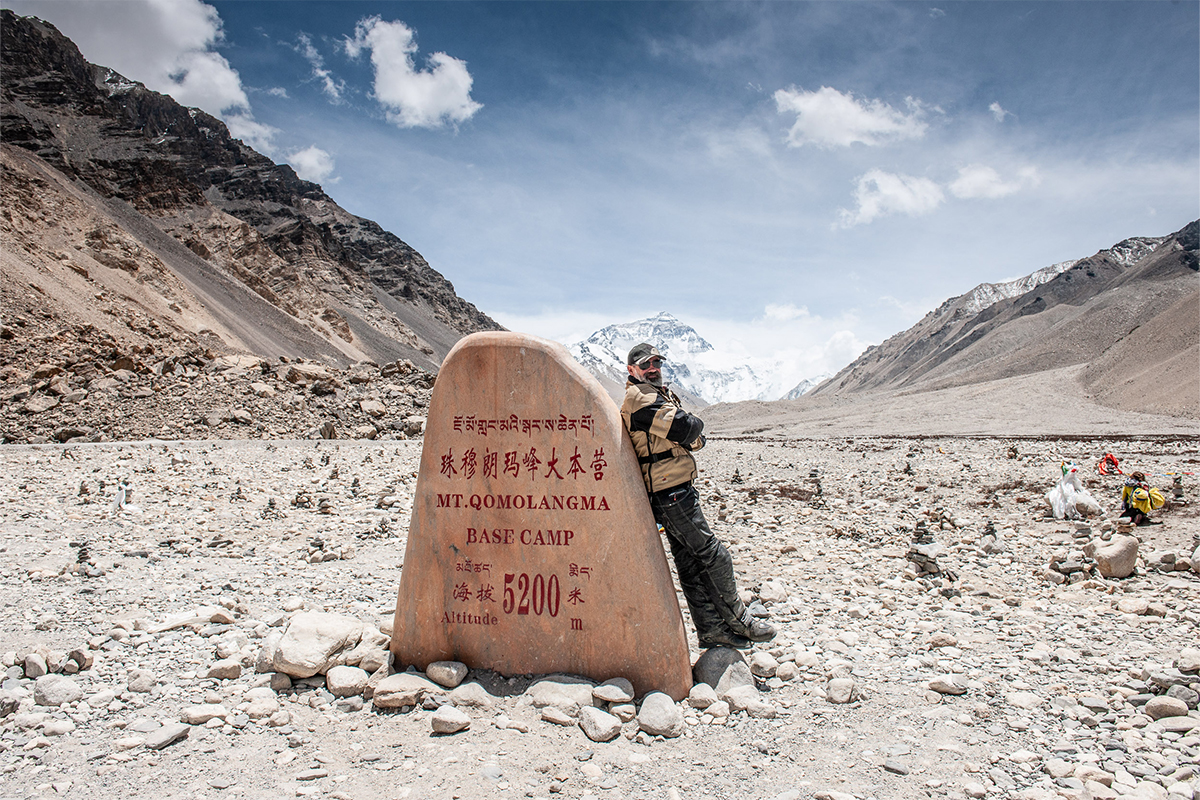 I find it very humbling when riding in the Himalayas. Most riders do. It means different things to different people but there’s a power and an allure to the mountains. We’ve never achieved the greatness of climbing the peaks but we’re not climbers. Riding motorcycles is challenge enough. This manifests an array of issues I could never have initially imagined. Every time we think we have mastered the art, boom, another unimagined and unexpected issue arises. It never stops and it’s forever. Nature cannot be beaten. We yield to it every time. There is no choice as it’s way more powerful than us. I will admit to almost believing at one point that I could beat it. And you’ve already guessed the outcome of that. 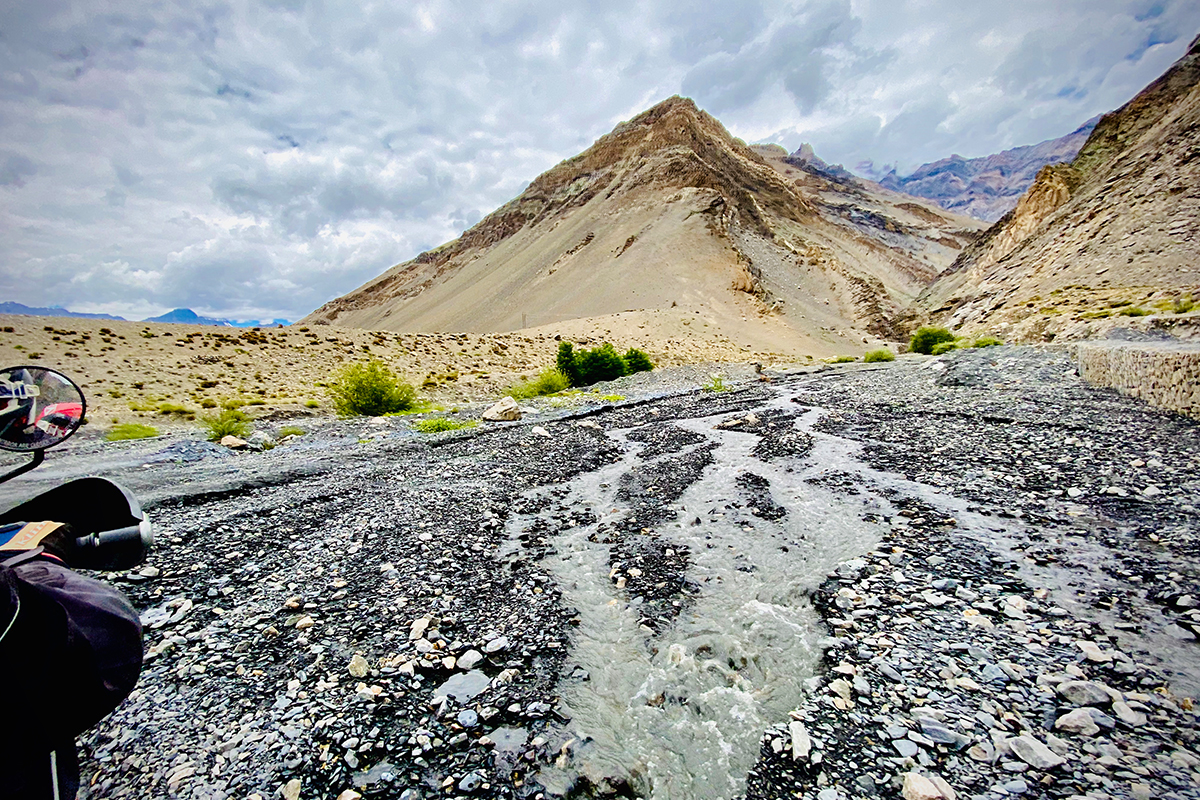 I’m now into my 15th year of riding here and all going to plan for 2022, it will be 4 months of continuous planning, preparation, riding, and rest. We’re almost 1 month in. 3 still to go. It doesn’t feel like 15 years for any of us. All the team met up last year in the Himalayas despite having no customers. But the truth is, that made no difference. We were all missing each other’s company and decided to get together and set off into the unknown on our own recce ride. It was important for all of us to be reminded of why we do what we do. And to do what we all love doing. 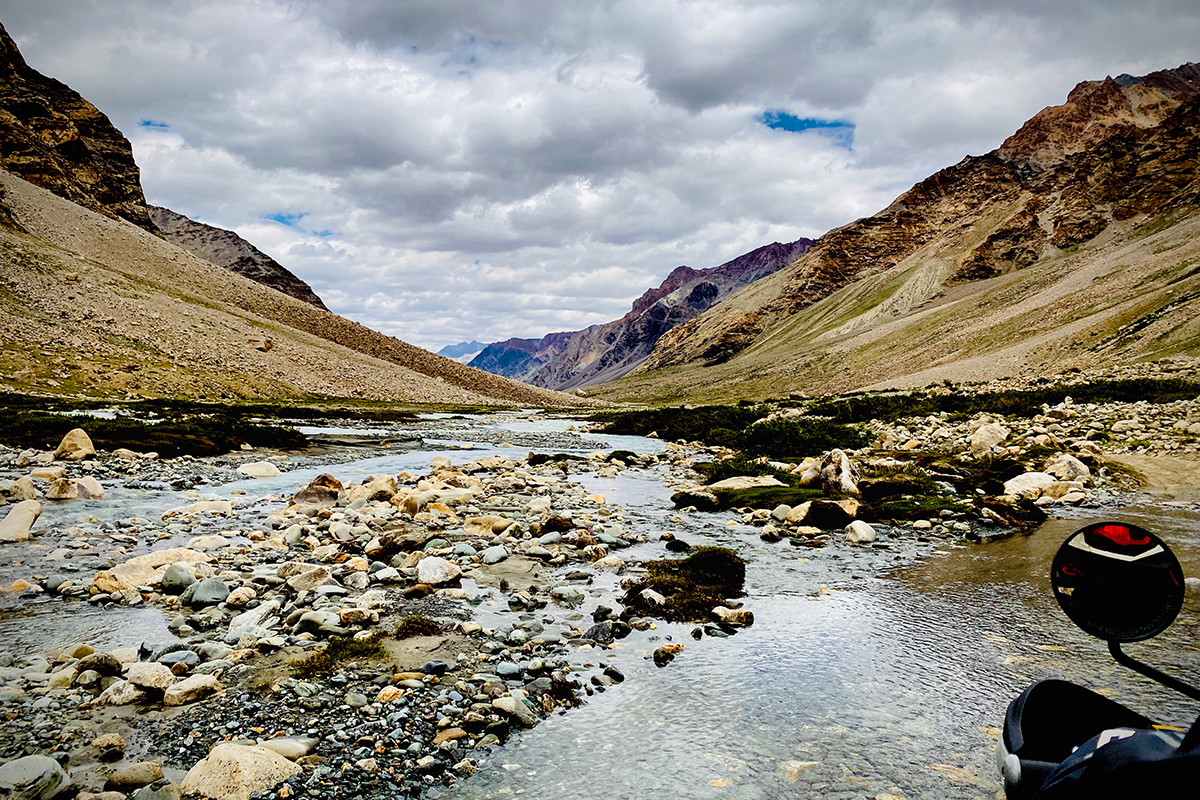 It was a tough ride, even for us. No roads, scorching sunshine, heavy snow, deep river crossings, chilling winds, and no fuel stations. Four seasons in one day. The voice of doubt was starting to get louder and was nagging at me. ‘What are you doing, you idiot!’ was the mantra. But it was new and exciting. 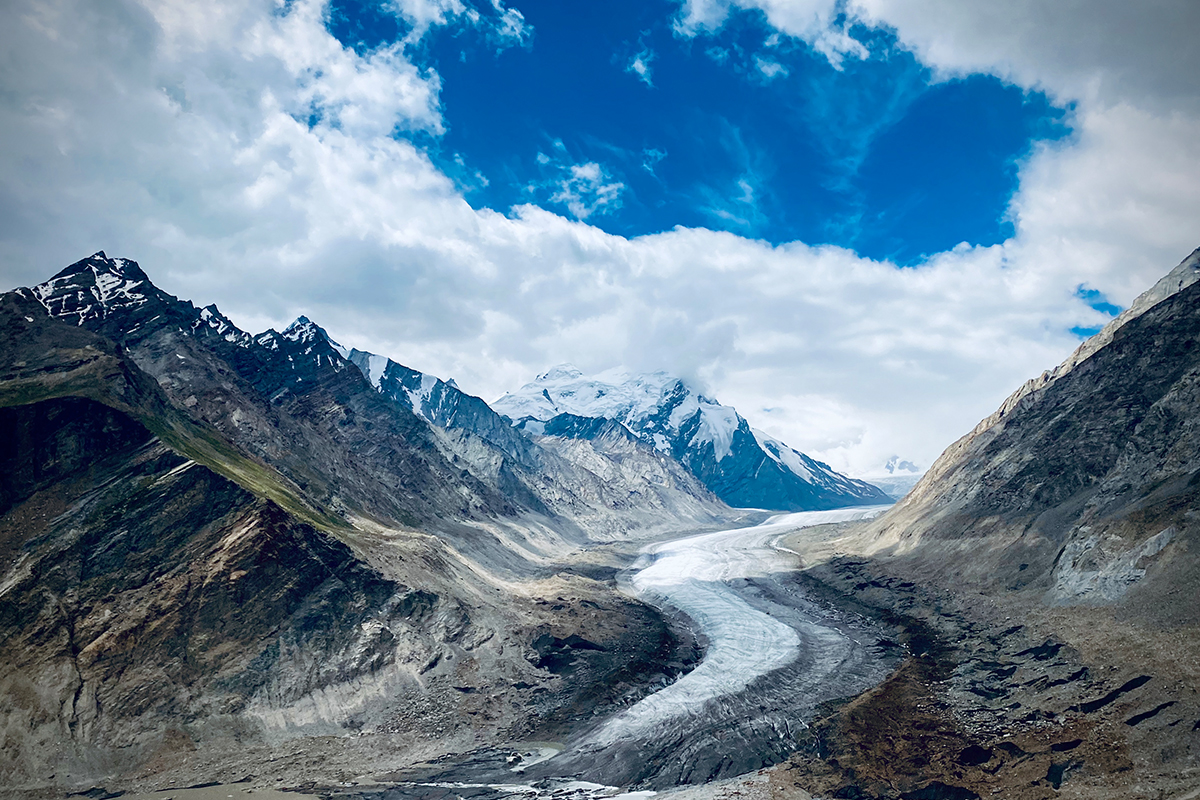 I was riding two up and the little Himalayan was struggling. I was also. I kept telling myself that this would end soon. But not soon enough. It felt like forever and riding over boulders where there should be roads for hour after hour is mentally and physically exhausting. Boots full of cold water don’t help either. I wear Sidi Adventure’s and they’re brilliant for what I do. The problem with them being waterproof though, is that they also keep the water in. The only thing you can then hope for is that the water heats up a little bit. As of now, I haven’t found a solution for staying dry whilst crossing 1 metre deep, 30 metre wide, glacier fed water crossings.

I had to stop at one point as directly to the left of me, at around 18,000 feet was the most spectacular glacier I had ever seen. I’ve seen hundreds over the years, maybe even thousands. But this one, just WOW! I was marvelling at the beauty of it.

The longer I stared at it the more the penny started to drop for me. If I didn’t get any further than this point, it didn’t matter. It wasn’t about getting to the top and awarded myself a congratulatory badge. It was about making the effort. And taking part. 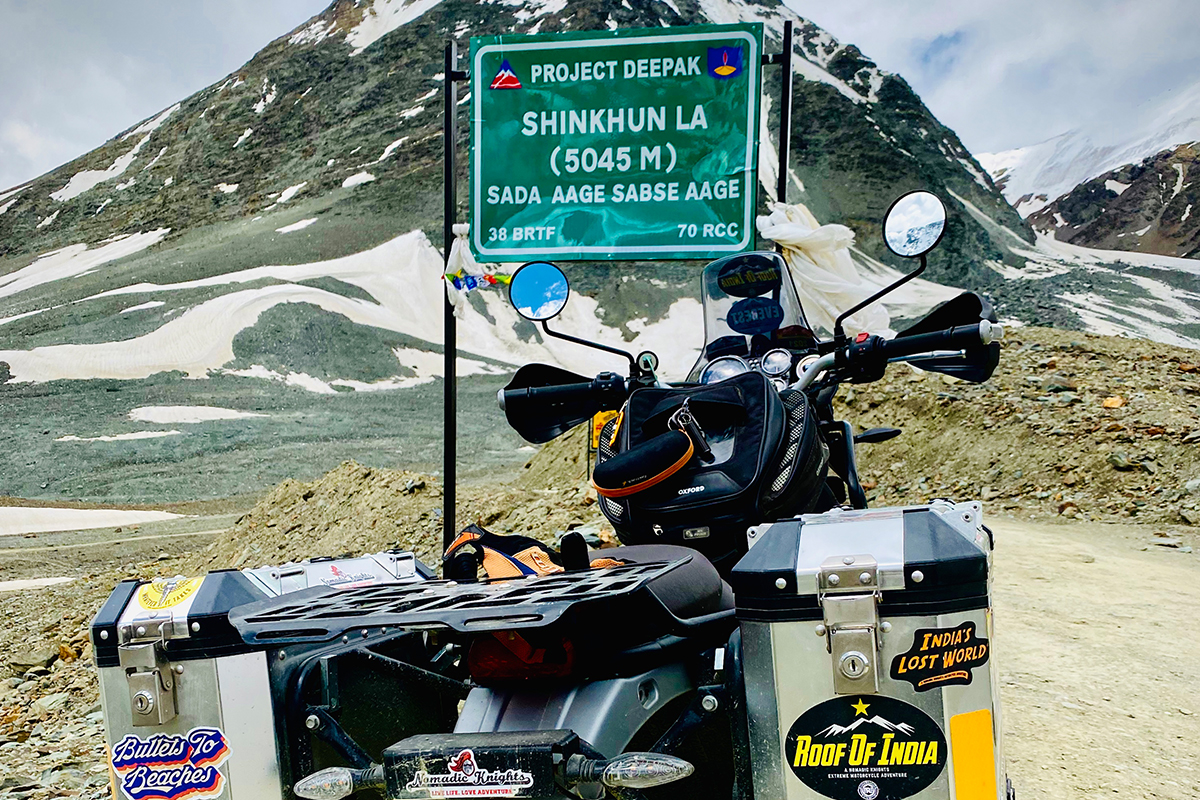 That’s riding in the Himalayas I suppose, and I doubt any of us can change that anytime soon. Certainly not me. If you’re up for taking part and want to immerse yourself in one of the most stunning and challenging places on the planet, I’m sure I’ll see you soon.

TRACK OUR PROGRESS WITH OUR LIVE GPS TRACKING
Please note, due to limited connectivity whilst we are away we can’t always
respond quickly to enquiries and messages. We’ll be back on the 21st August when
we’ll be able to get back to you.