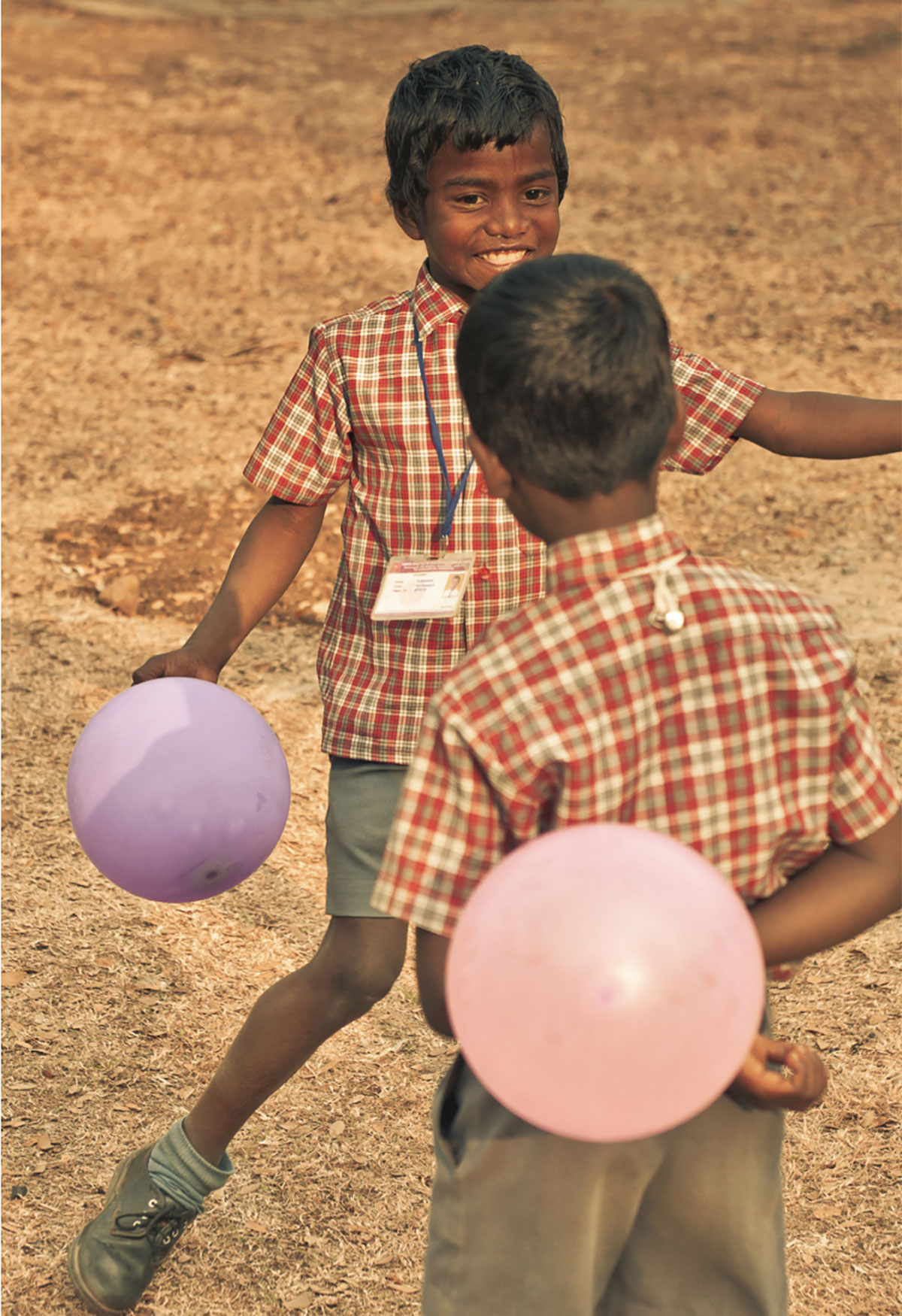 A memory of James Warne handing out balloons to children in a rural school near Jog Falls.

There was a beautiful mural on the school wall and the children were so neatly dressed in their very clean and well ironed school uniforms. The little girls all had their hair neatly plaited and the boys well-oiled hair neatly combed and very presentable.

The striking thing though was that they all had no shoes. It highlighted the poverty to me but illustrated that they had such pride in their appearance. They were very proud of their school and curious of us as strangers. Their protective teachers cast a watchful eye on us and made sure we caused no harm to their charges.

We asked permission before handing out the balloons and to my surprise they did not know what they were. I felt like a pupil again as the teacher brought this to our attention. You should have seen the children’s eyes light up as James promptly blew into a balloon to inflate it. There were true gasps of wonder.

An excited flurry of activity then followed as all the little ones attempted to do the same to their own deflated balloons. Squeals of pleasure and joy filled their little playground as they played with their balloons. We took a few photos with permission and they were promptly called back into lessons.

I often wonder what has happened to those children I met as an adventurer that day. Did they continue with their education or have to leave school prematurely to work and support their families? Are some of them no longer with us, having succumbed to the myriad of disease and lack of health care in that rural environment? I would like to think that they have grown into successful and confident individuals having a wonderful life and fulfilling future to look forward to. God bless all those little souls…

With each adventure we learn new things and cross paths with wonderful people.