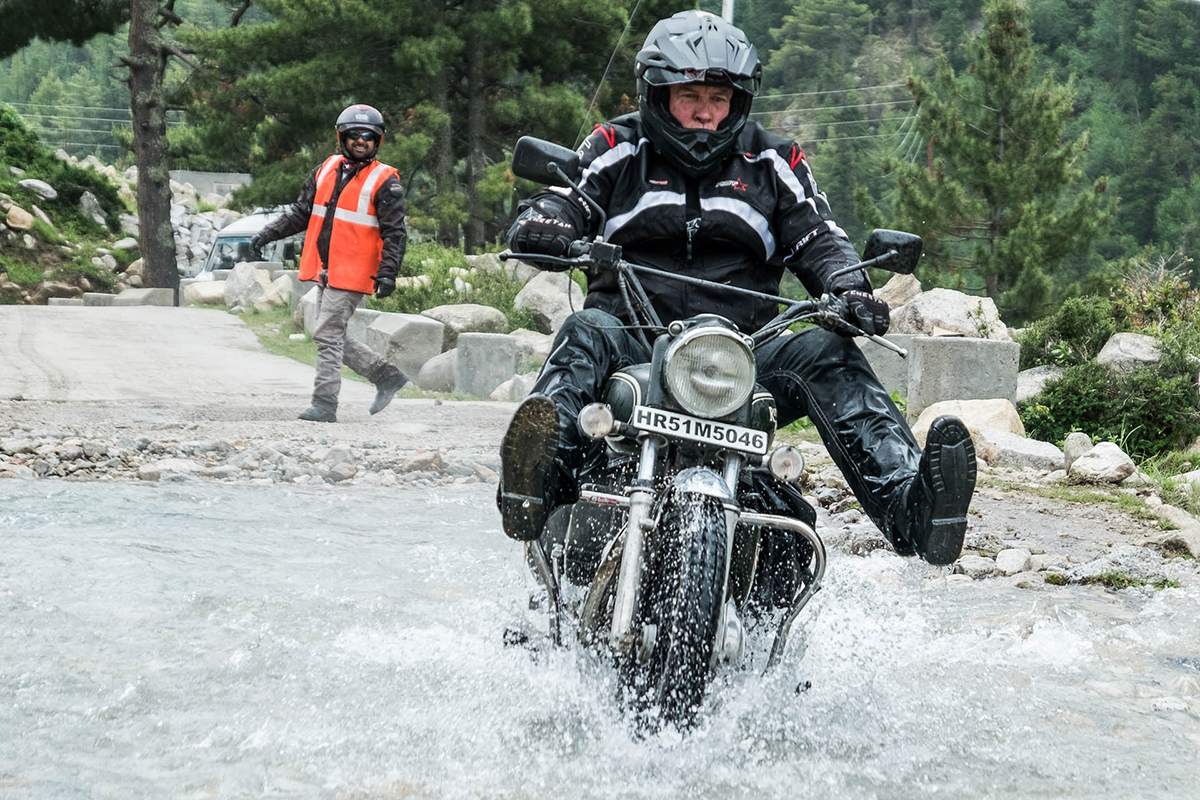 My first visit to India was for a completely different reason.

On my own and wanting a quiet sanctuary to reflect on my life so far. I was at the end of one relationship, but little did I know another one was about to begin. I was to fall in love again… with India. I found “Enduro India” at the NEC, as did my friend Roy Clark… the next day we signed up.

Our first trip to India was a trip of many firsts and the role of being team member on the ride seemed to be the best job ever. On our return to the UK both Roy and I agreed that we had to go back and this time we would offer to help and be “on the team”. I don’t know exactly what the criteria was but we were on board. We could ride OK, we were sociable and we were available and the guy in charge liked us. I guess we ticked all the boxes. 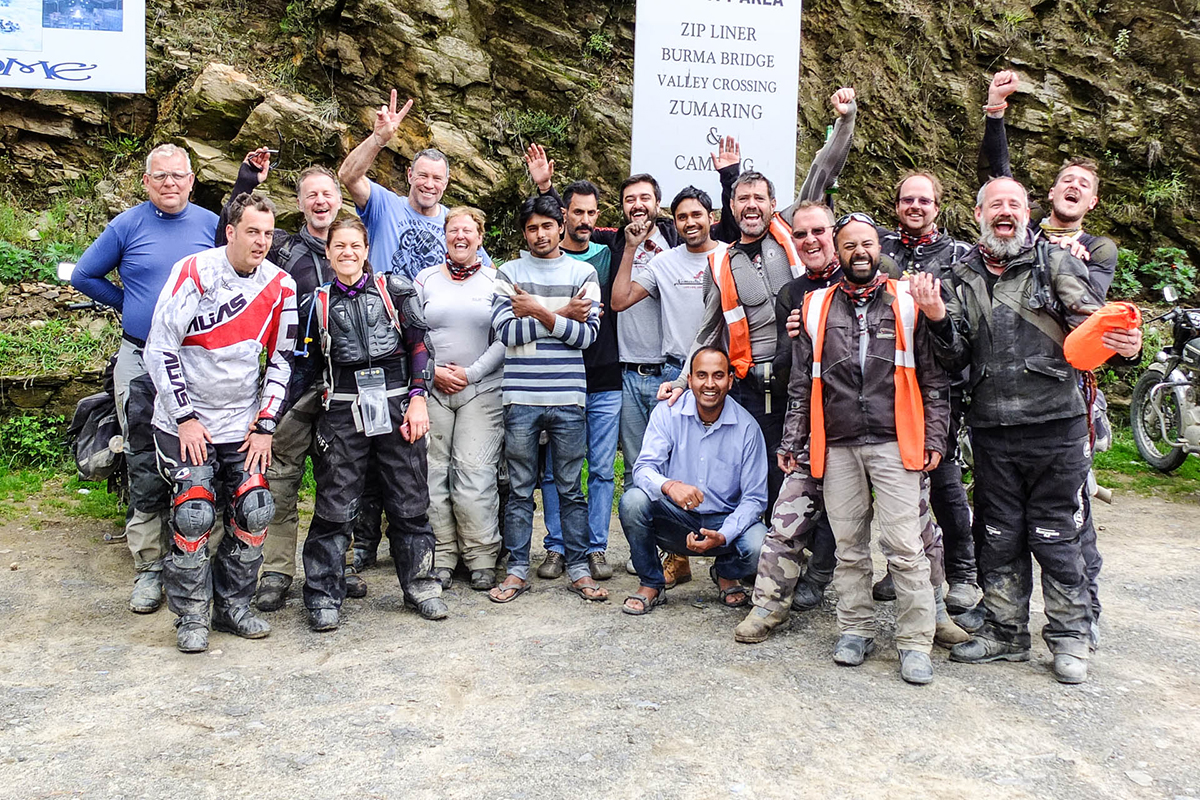 If you have ever found riding in India demanding, the team role was a real test. No perks as such. We paid the same as the clients and put in a lot of graft but it was fun. It was like being in a gang, working hard and having a beer at the end of the day. Setting off in the front group with medics in the middle, and “sweep” at the rear. Dressed in your gear looking like something from another planet to the locals, high viz on, radio on your backpack. “Oscar Sierra” was ready to roll.

Riding in India is demanding, the team role took it to another level. You stop at a junction and wave the riders in the right direction giving them some confidence they are heading in the right direction and reading the map right. You wave them through ’till you see another high viz appear heading your way. You’re waved on and you’re off. Your aim is now to firstly make sure you are heading the right way, and try and catch up and pass the riders you just waved through and get to the next junction before they get there. On one occasion, I was riding as hard as I could with a guy who obviously owned a KTM by his gear and he could ride. He was right behind me for about thirty minutes. I was losing the front end on the corners grinding the side stand on one side and the rubber footrest on the other. I came around a corner and came across a few riders who had slowed down to almost a stop. A bus had blocked the road and some cows were on the side of the road. I had to think quick, so I headed into ditch on the side of the road riding between two cows, rode along the ditch and up the side jumping back on to the road past the bus. I lost my pursuer headed off into the distance and headed up to the next junction. I did think I was bloody lucky, but some of the clients thought I had skill as they watched in amazement and met up in the hotel later. Marion said she was going to start a fan club! Did I tell them it was a fluke… did I bugger. 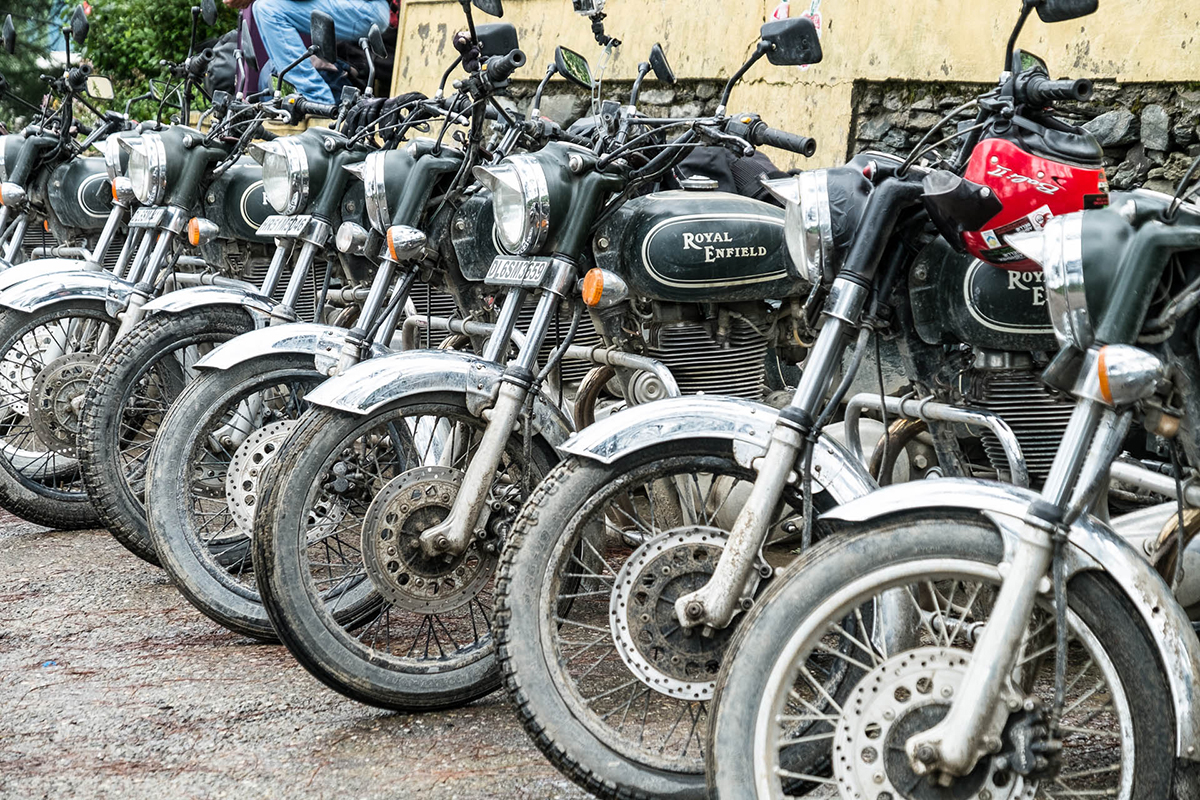 Team days over the couple of years were always filled with on the edge stuff and a few times I fell off the edge. On three occasions to be precise, and every single time following Alex much to his amusement.

My advice… extra gloves. They wear out and you can’t get them in India. I always do and have given away a pair to a client each time. 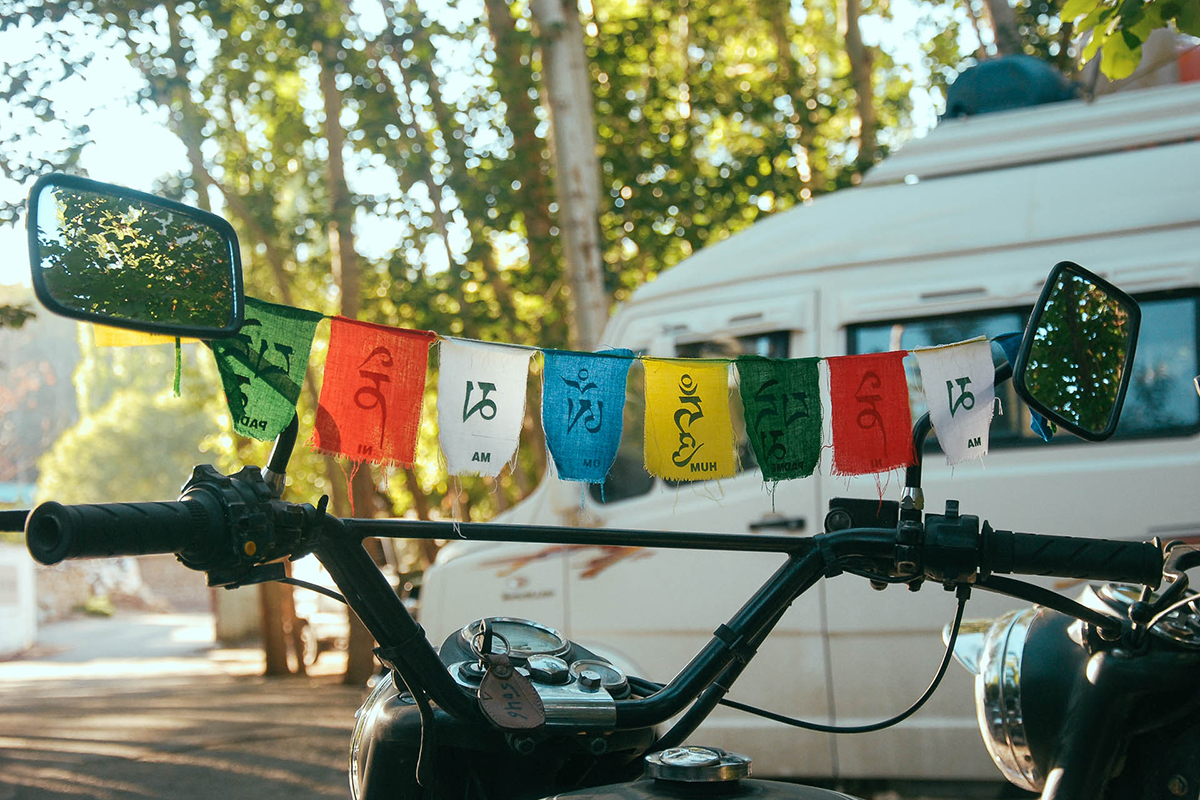