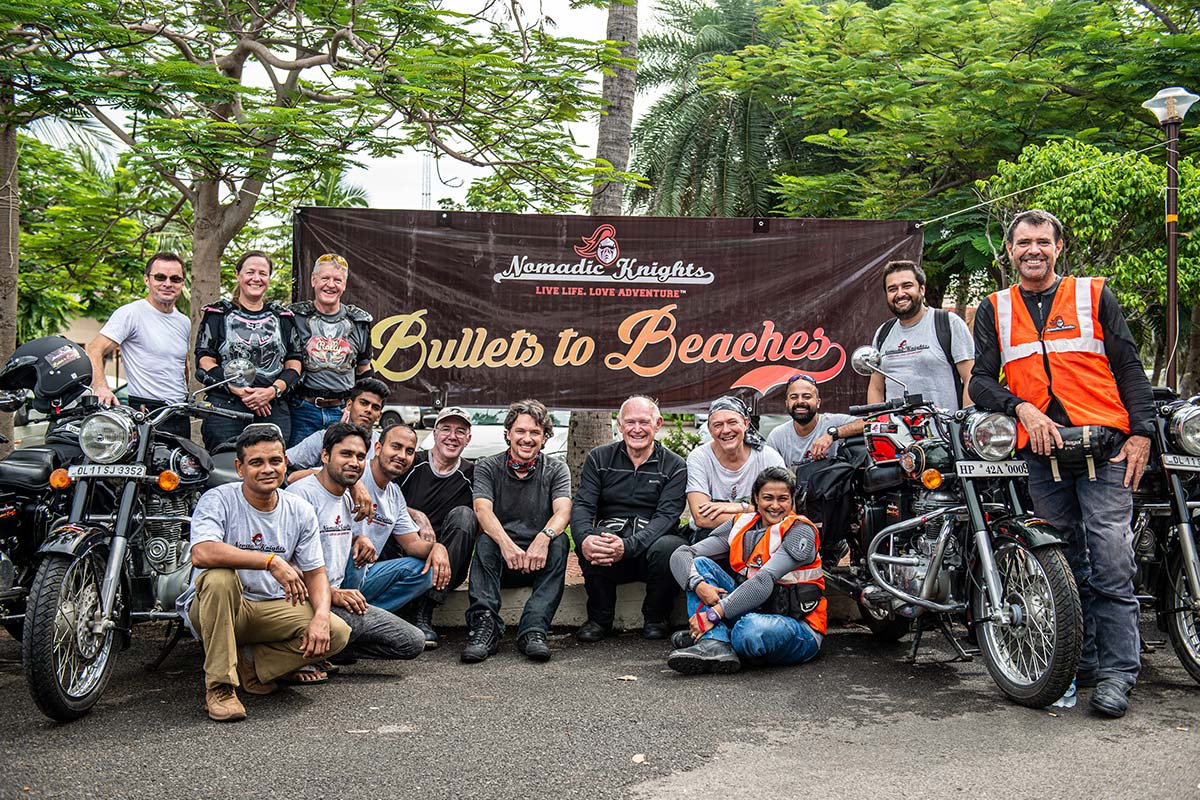 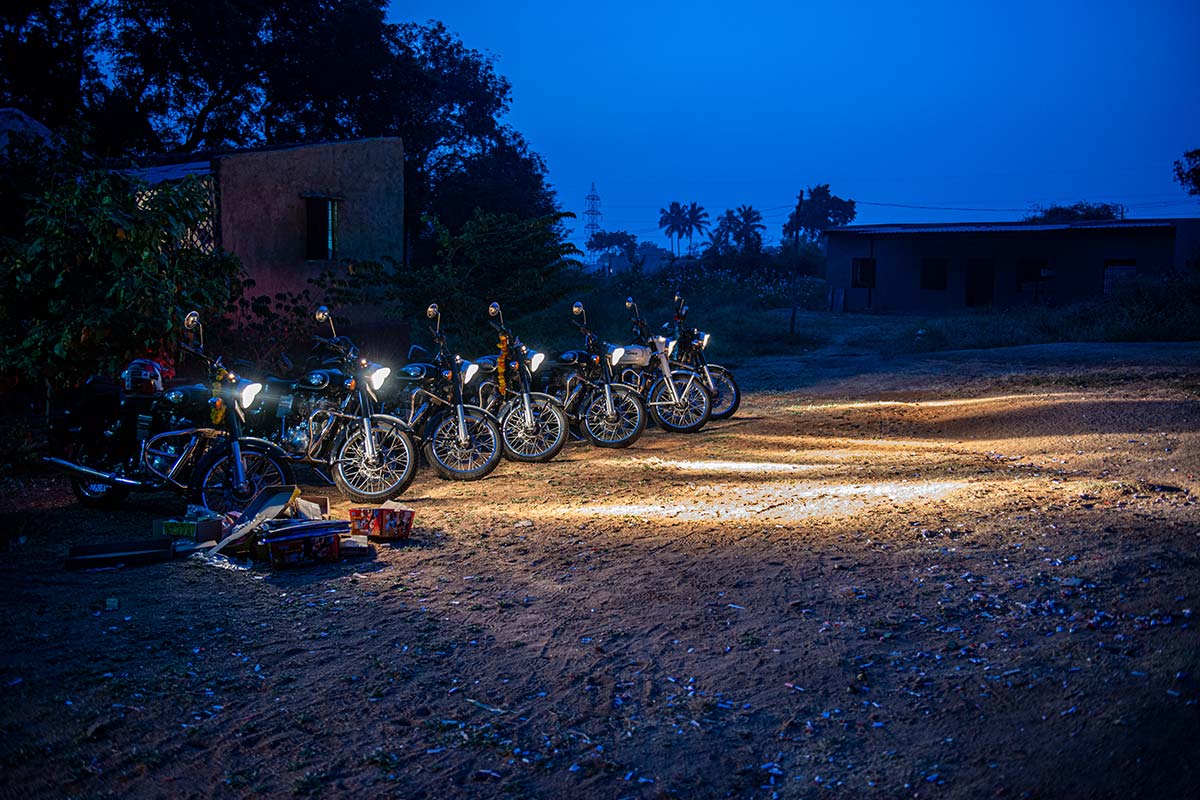 An extract from my Bullets to Beaches trip with Nomadic Knights a couple of years ago. The tour started in Chennai and finally finished in Goa.

“Last night we sent Abi, the chief Indian mechanic and all-round great guy, to get some fireworks to celebrate Diwali. I think he went with about £50, which as we all know, buys about half a rocket in the UK. He came back with what can only be described as an arsenal of various minor… or not so minor explosives. I don’t know if there is any sort of control on this stuff, but it was a pretty impressive display that would cost probably over £1000 at home. Probably verging on the military grade category!

All was going really well until the last set of rockets saved for the grand finale decided to fall over with about 5 still to go. Bearing in mind these were serious rockets with multiple secondary explosions… it caused some rapid scattering and hiding as we all sought refuge from the self-inflicted aerial onslaught! Based on the amount of monkey poo all over the bikes this morning, I suspect our cousins in the trees weren’t too impressed. Today was an early start, with engines on at 6am ready to start our 320km run to the coast at Karwar, Karnataka state. Lots of fairly high speed stuff across the Deccan plateau, then up and over the Western Ghats before dropping down through lovely twisties down to the Arabian Sea.

It almost goes without saying that cows, monkeys, potholes, gravel, things on the wrong side of road all made sure that full concentration was needed at all times. Left thumb always hovering over horn button, of course. Tomorrow is a short ride up to Goa… Colva Beach for our last night on tour. If I survive the end of tour bash, you will hear more soon!”

Enjoy the ride but concentrate!