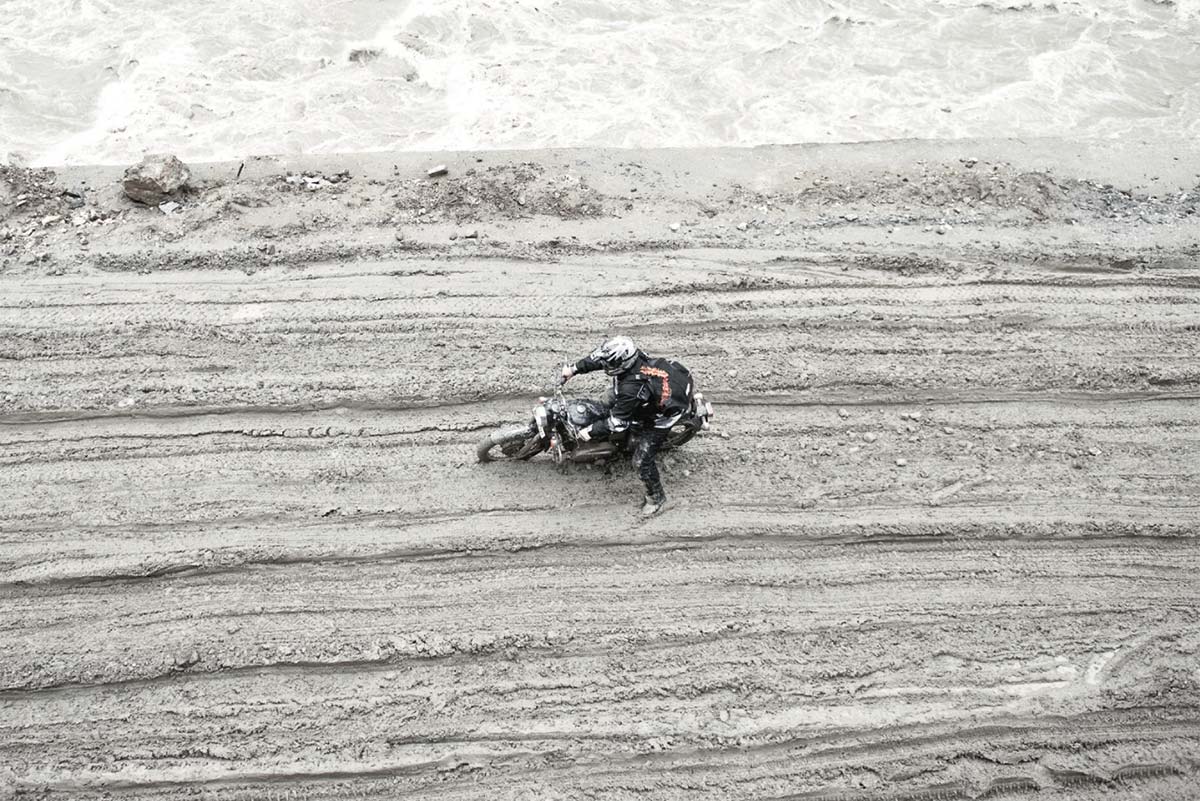 Adventure riding is a young man’s game; but nobody told Ted Jervis.

I first met our Ted on a trip to the Himalayas in 2010; he was 82 I think, but in reality he was much younger. In reality it’s your attitude that counts and Ted’s was half his age. Smiling and cheery, with a never give up approach that came to the fore conquering the mighty Rohtang-la, which tops out at 3,978m on the route into Manali (Ma-nah-li, woh oh, oh oh! – sung in the key of Dean Martin, a story for another day).

The day started like any other – if there could be such a thing in the magnificent Himalayas – leaving the hotel after breakfast and a group briefing. I’d had a major off the day before, so was a little tender in places, but nothing Dr Rob’s chemical cocktails couldn’t handle. In any case I hung at the rear of the pack until I found my pace, which was cut short with my exhaust falling off. As is mostly the case with riding an Enfield Bullet, there’s almost nothing a screwdriver or a large, well-aimed rock can’t fix and the mechanics soon had me back on the road.

The occasional rain and melting snow of July made the roads damp, not so much of a problem for gravel or the patchwork of asphalt that passes for main roads through the mountains, but the road to the top of the Rohtang-la seemed to have been missed from the to-do list of Indian road builders; it was a mudfest. Imagine the best time you’ve ever had at Glastonbury or a Silverstone carpark in the rain, now throw in gravity, large diesel fume spilling trucks and breathtaking views at altitude – that should give you some idea. 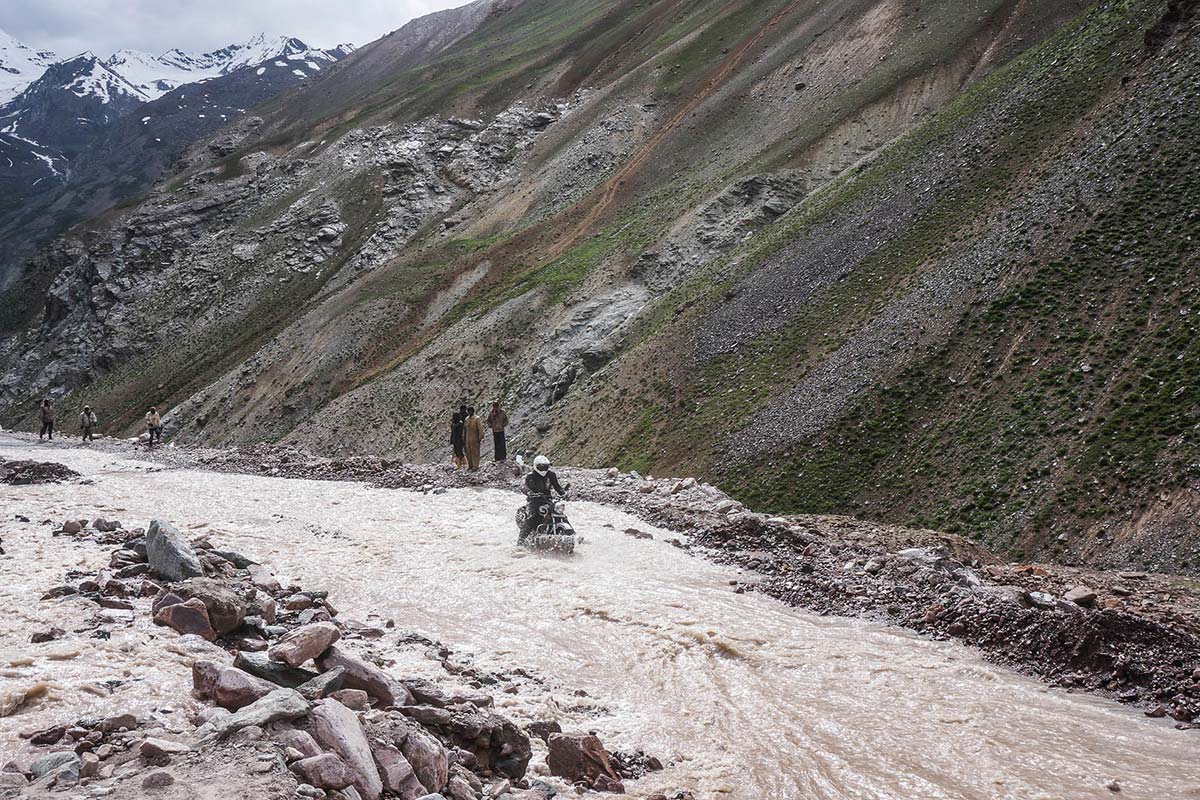 The slow crawl through the sometimes knee deep mud was hard work, but our trusty Bullets on skinny tyres somehow found traction where none existed, bouncing the rear end up and down, and paddling, like you’re waiting for your stabilisers to be fitted, helped. Sometimes a good push from your fellow bikers was needed, but everyone helped out. If you got tired, just hop off and your bike will stand up without the aid of a side stand! And all this while avoiding the myriad of trucks on this main thoroughfare to Manali.

Ted powered though all of this like a trooper, paddling, being pushed and then at one point falling over in the deep mud. He was completely caked on one side, him and his bike. And yet through all of this he was still smiling, breathless at close to 4000m, but still ready to go and he made it to the top; legend.

Sadly he died last year, but he’s left fond memories embedded in all of us, deeper than any muddy rut.

“You are never too old to set another goal or to dream a new dream.” – C.S. Lewis 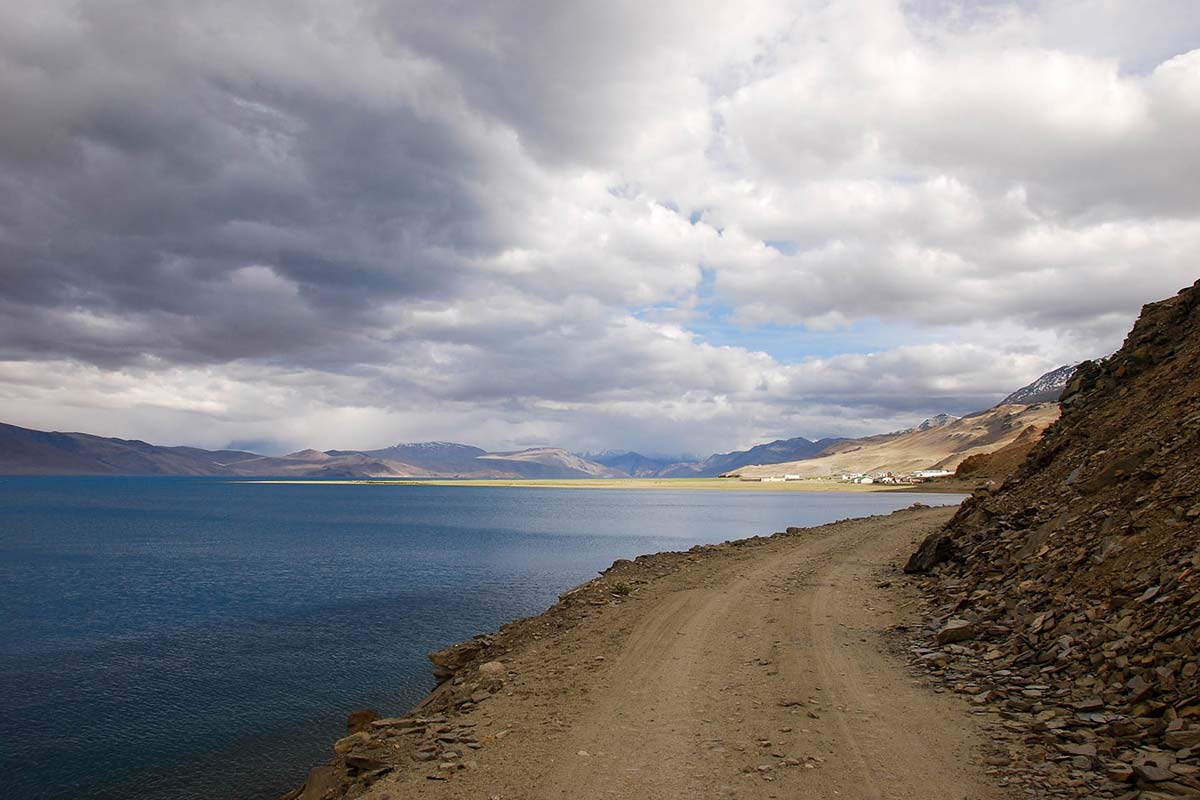 Be it in the depths of the Cambodian jungle, or cresting the muddy mountain roads in the Himalayas, be prepared to be overtaken by locals riding rattly scooters. It happened to us on Rohtang-la: we felt so pleased with ourselves only to have locals on Vespas doing the impossible and making our efforts seem rather lame in comparison. It can be a little depleting to your ego, after you’ve exerted so much energy to get as far as you have. Get over it, they know the roads and how best to get places, don’t try to out do them.