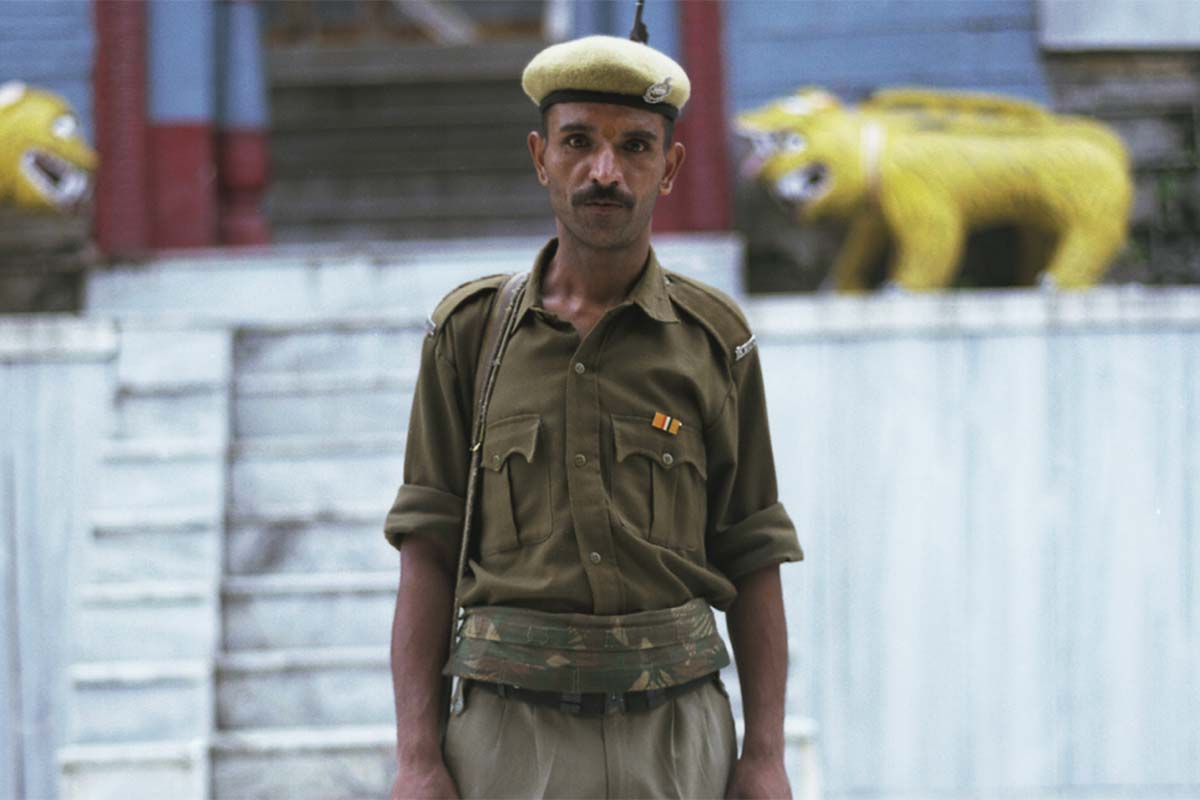 India’s Lost World was a challenge to visit the seven states of North East India in two weeks.

To go where no western motorcycle group had ever gone. An area which had only recently been made accessible to the west and had been visited by few. It was a ‘recce’ trip so none of us knew what to expect. One of my most vivid memories of this adventure is an experience I had on the journey from Bomdila in Arunachal Pradesh to Tezpur in Assam. A relatively easy leg of 155kms.

An early morning start and a beautiful day. Having stopped to take some photographs I soon realised that I had become separated from the main group. Not a problem, keep to the main road, take the bridge over the river (I recognised it from the previous day) and catch up to the group. 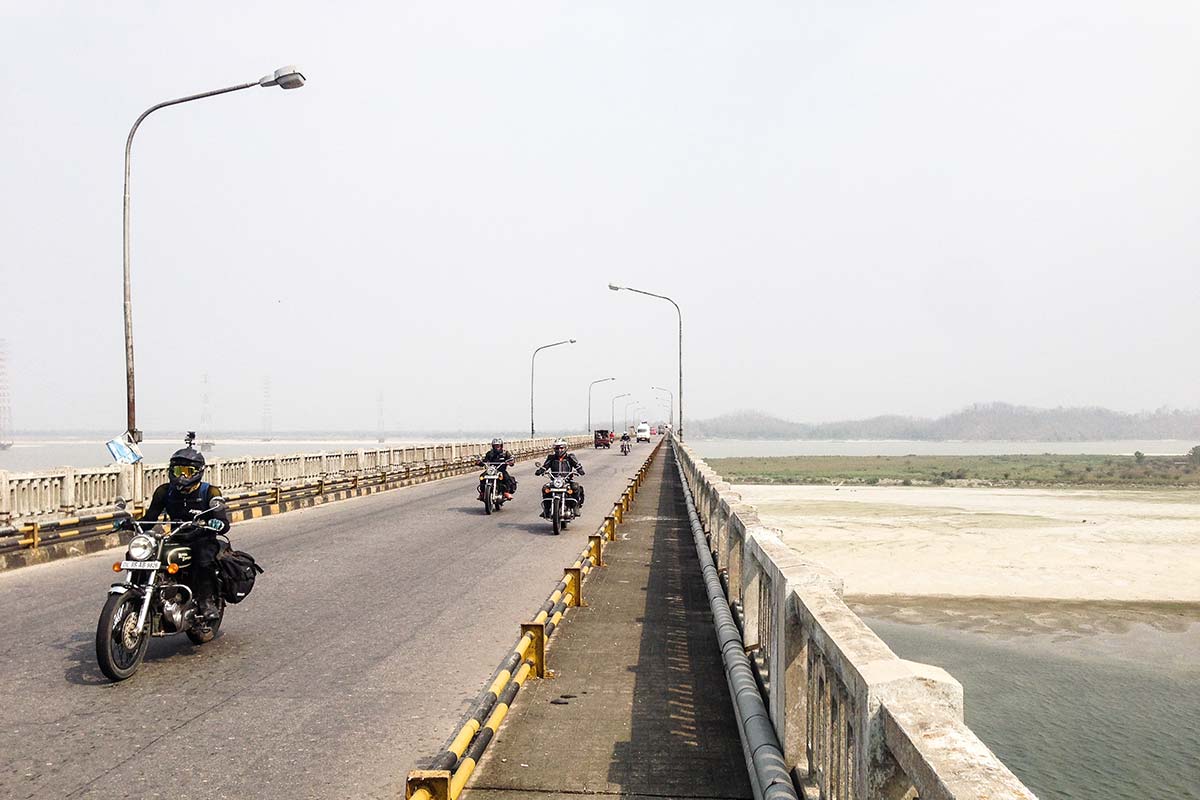 It wasn’t long before I became aware that I had inadvertently entered a military area with large numbers of heavily armed military personnel who were clearly interested in my presence. It must be ok, I was following the rest of the guys, wasn’t I? I was now becoming concerned that I was in fact, lost.

I was summoned to stop by one of the guards who spoke very little English but I understood that he wanted to know who I was, why I was there and where I was going. After trying to explain my plight, examination of my passport, visa and other paperwork followed by lots of big smiles and handshakes he explained that I was not allowed to be there and that I must return to the bridge, take the other road which would get me back on the correct route. A final handshake, big smiles all round and I was on my way. 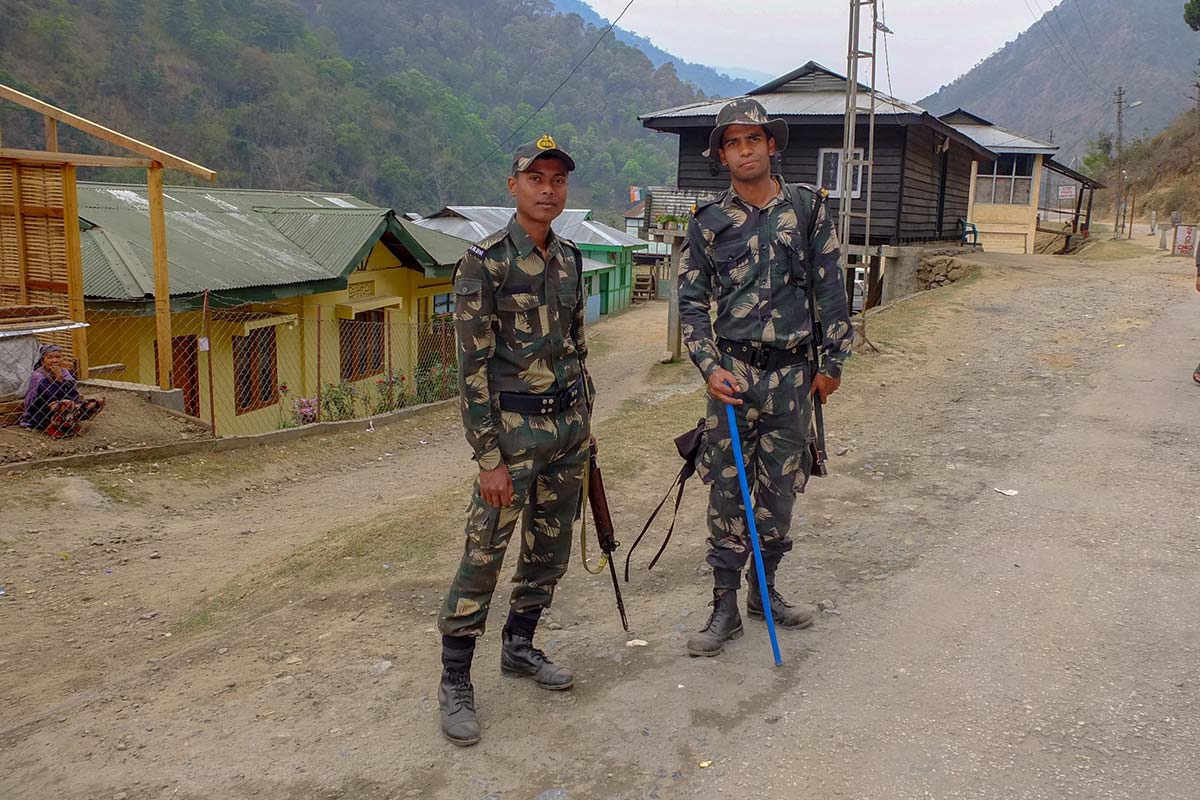 My everlasting gratitude goes out to my new friend Sgt Ahmed for his understanding and for getting me back on the right road. A few miles of lone riding and I met up with my fellow adventurers who had stopped for fuel and hadn’t even missed me. I wonder where I would have ended up if it hadn’t been for Sgt Ahmed.

Finally, I can confirm that our adventure was a success and we did visit all the seven states.

Don’t forget, your fellow adventurers are your “team”, there is no “I” in team and you will trust these strangers with your life and they will become lifelong friends. 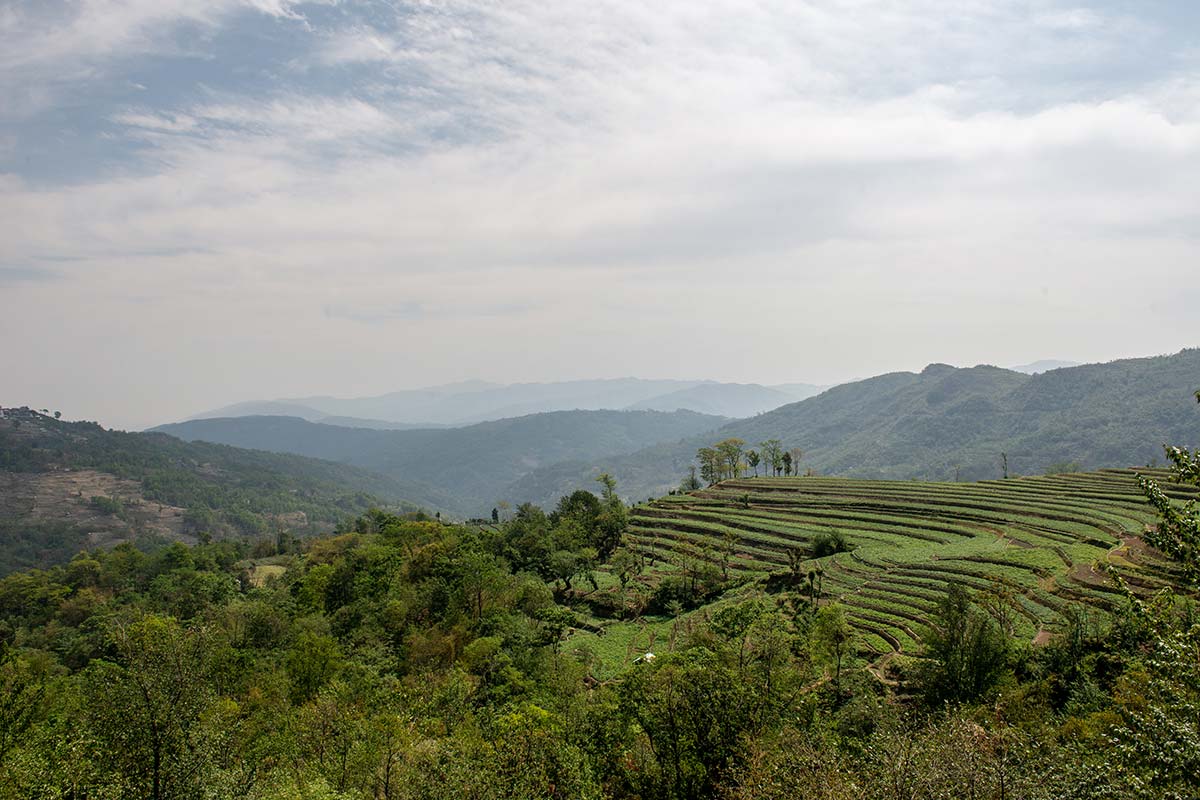