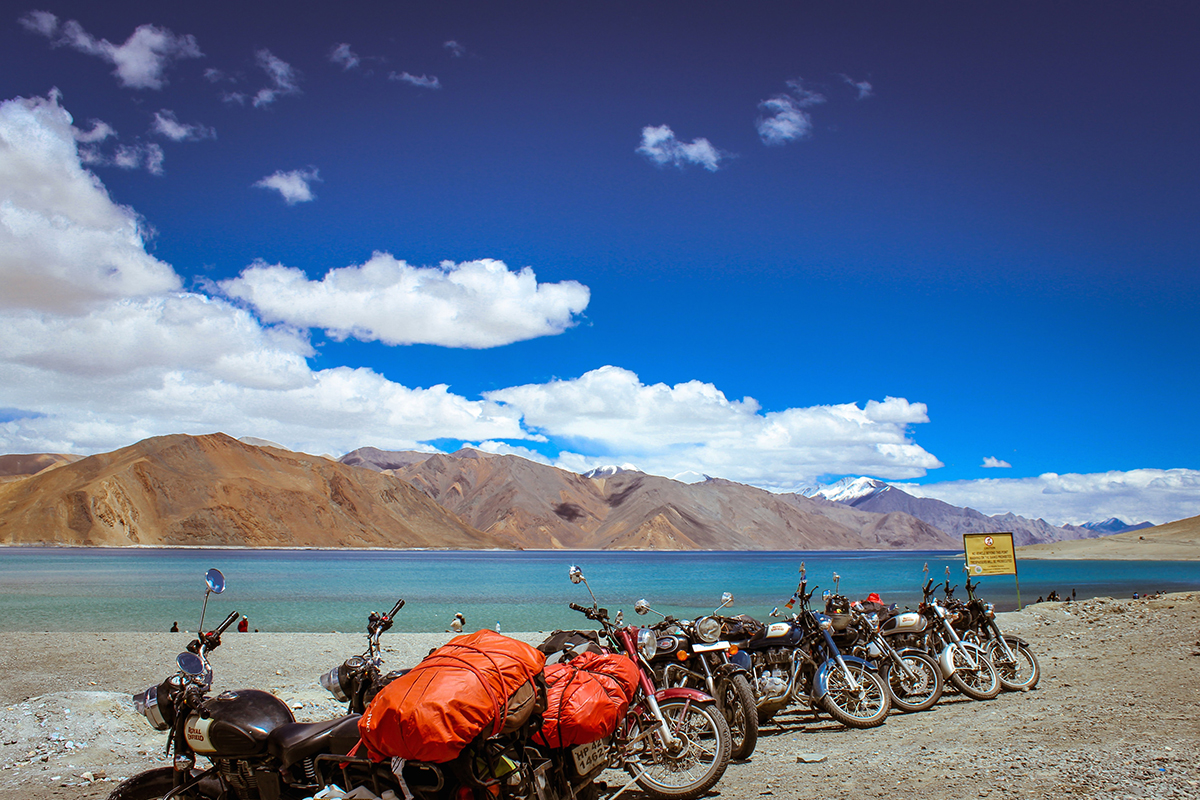 Ride a Classic 500cc Royal Enfield Bullet: Trails Works Replica across South India from The Bay of Bengal to the Arabian Sea. 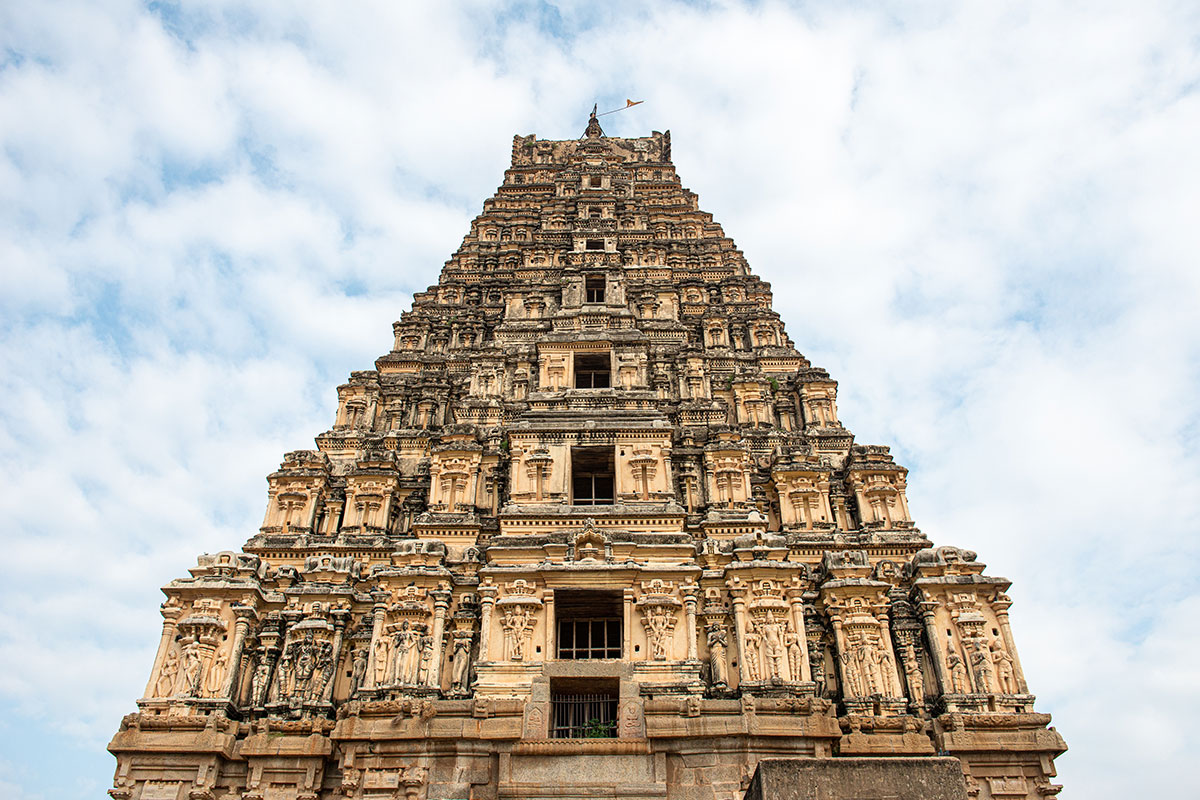 Visit the former French colony of Pondicherry and explore the ruins of the former Vijayananagara Empire in ancient Hampi. 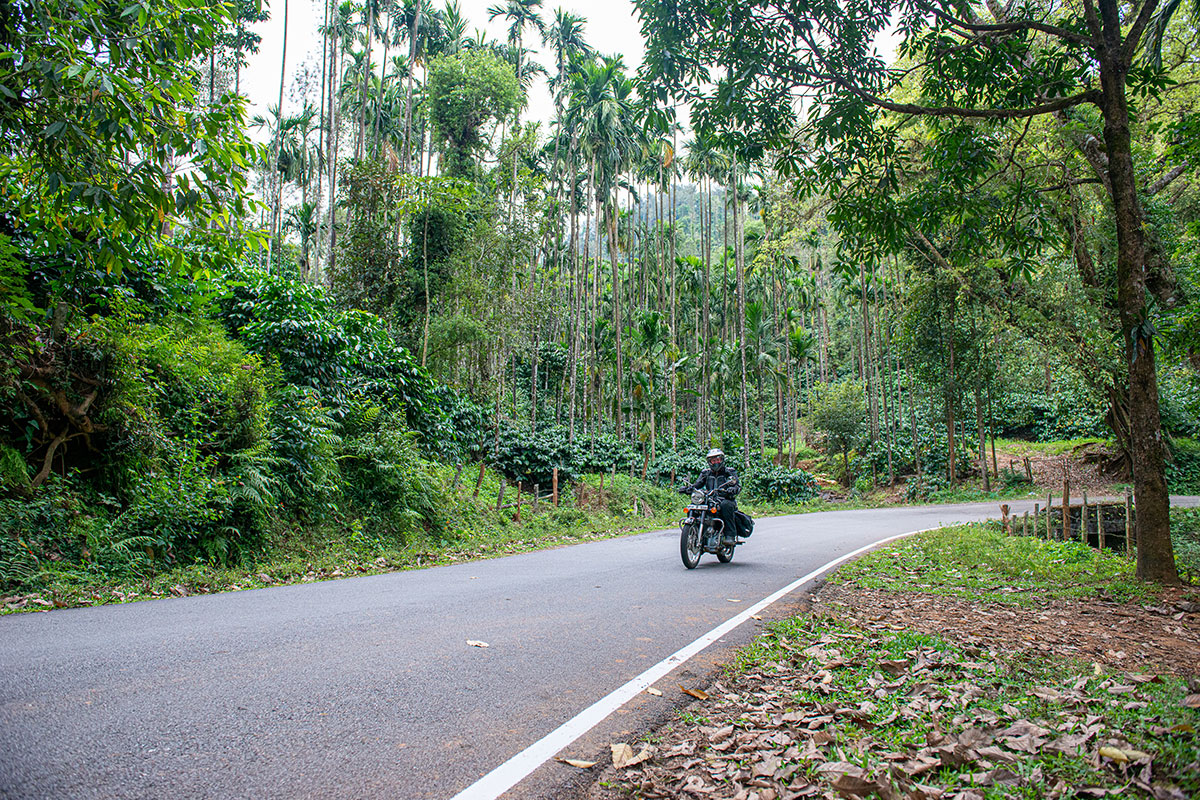 Cross through Male Mahadeshwara Hills Tiger Reserve. This was the hide out place for the legendary brigand, Veerapan. 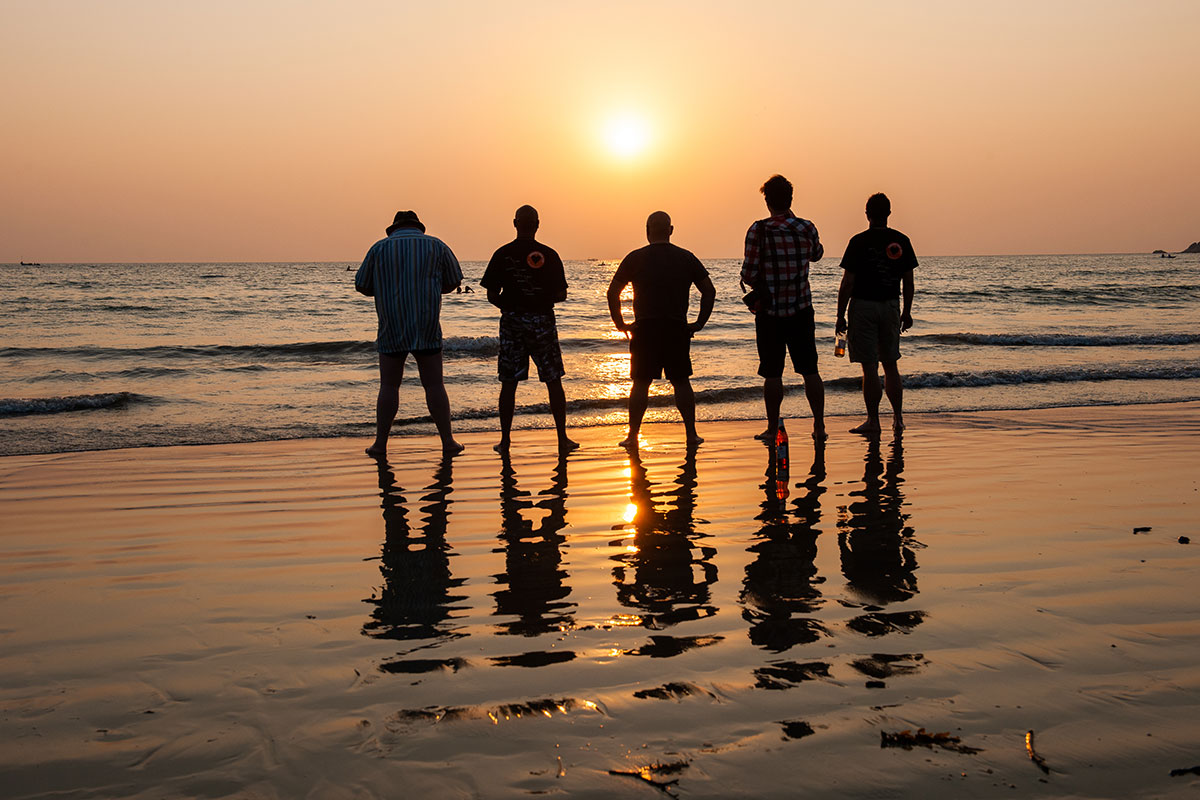 Relax on the beach

Spend the night in a beach resort on the Arabian Sea. We finish the ride on the golden beaches of Goa. 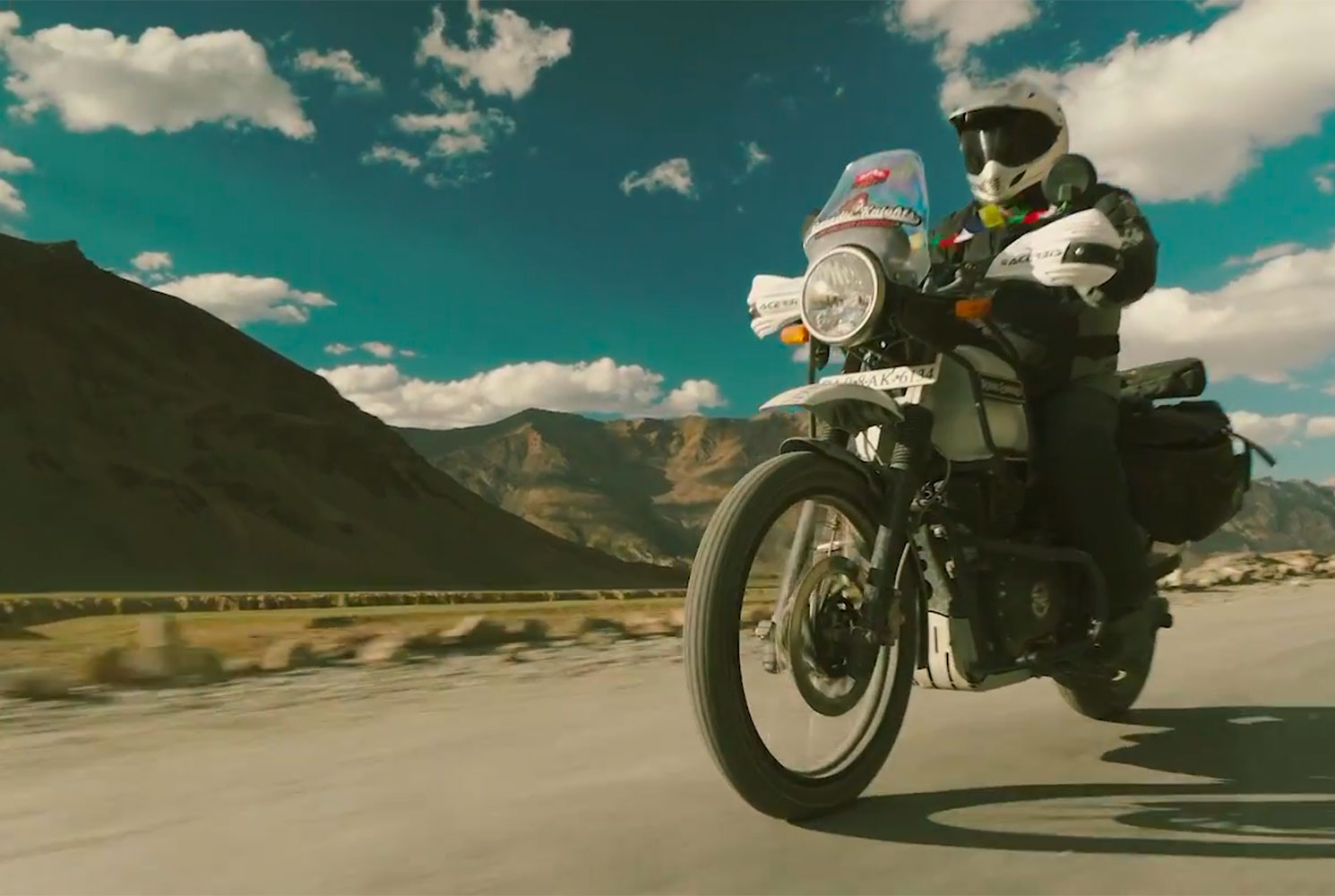 It’s hard to imagine a more exhilarating and exotic place as the subcontinent of South India. It simply groans with history, culture, life and vitality. It has a diversity of people, scenery, religion and architecture to rival anything on earth.

This Information Pack includes everything you need to know about this Adventure, including Insurance Details & Emergency Contacts, Your Health, Kit List, Driving/Riding Conditions, Questions and Answers and Visa Application. 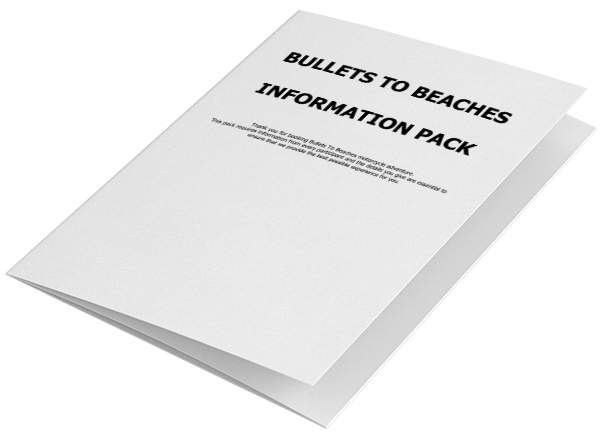 It’s been long closed off and unreachable in its Himalayan vastness. Tibet, the Roof Of The World, has always been a mysterious land topping the wish list of motorcyclists worldwide. 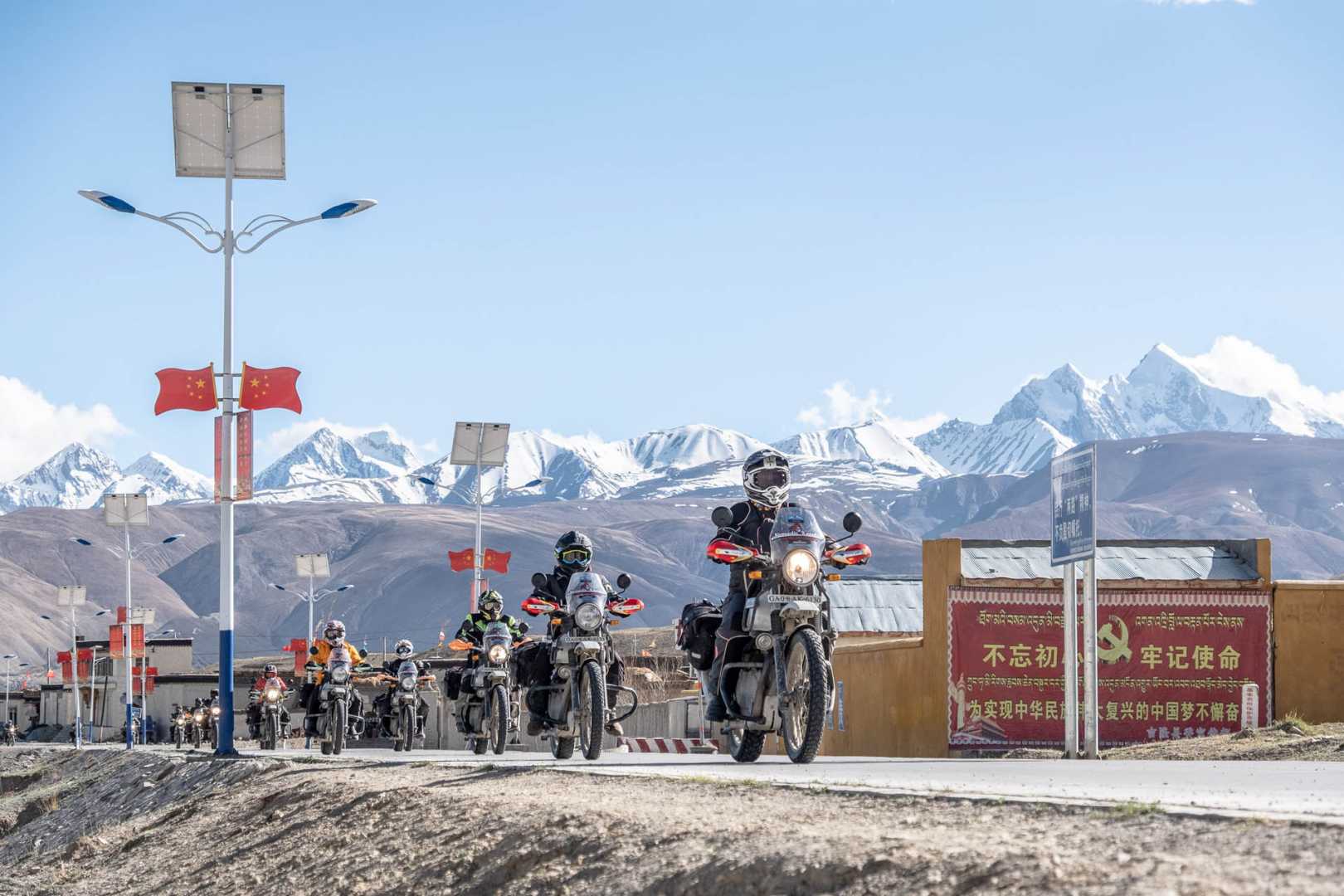 It’s hard to imagine a more exhilarating and exotic place as the subcontinent of South India. It simply groans with history, culture, life and vitality. It has a diversity of people, scenery, religion and architecture to rival anything on earth.

It’s a soft and mystical land peppered with ancient temples and majestic forts. It’s forests, mountains and jungles absolutely teem with wildlife and is punctuated by the most vibrant and historical cities.

Our adventure begins with an exclusive visit to the Royal Enfield factory as VIP guests. We ride along the Bay of Bengal coastline and visit the former French colony of Pondicherry. We cross Tamil Nadu and through Karnataka’s tiger reserves whilst enjoying the stunning beauty of the Western Ghats mountain range. This is a motorcyclists paradise. We ride to Hampi which lies within the ancient ruins of the Vijayanagar Empire and end our epic motorcycle journey in the erstwhile Portuguese colony of Goa on India’s west coast.

If you haven’t visited this part of the world before then prepare yourself. It’s inspiring, mystifying, confronting, thought provoking and frustrating, all in equal measure. There is no better way to do it than from the seat of a classic 500cc four stroke thumper, the Royal Enfield Bullet.

I guarantee that South India and the route we’re taking will present you with a mind-bending array of experiences and memories that will last a lifetime.

I look forward to riding with you.

If you are in any doubt as to whether this trip is for you or how totally life changing it can be then take a read of some more of the previous riders experiences on the testimonials page. 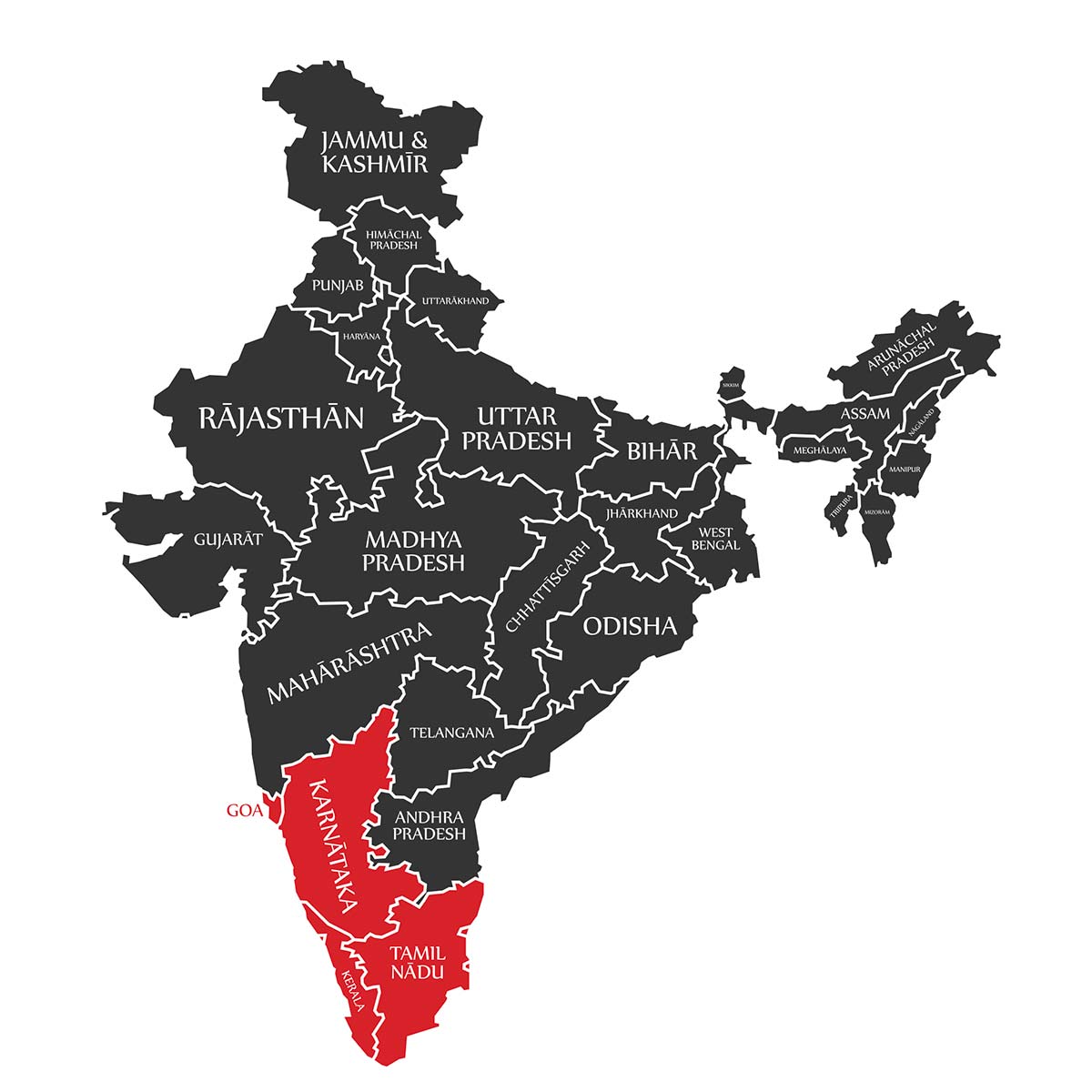 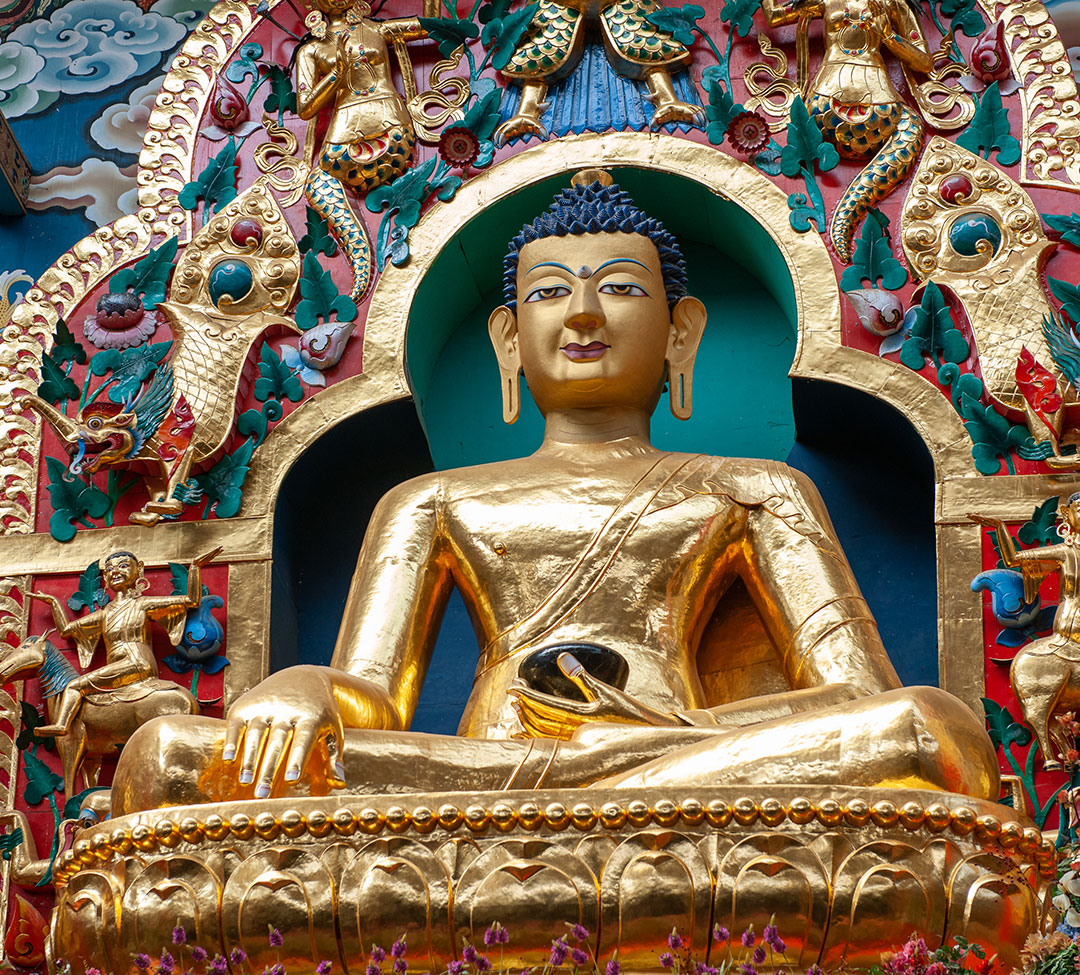 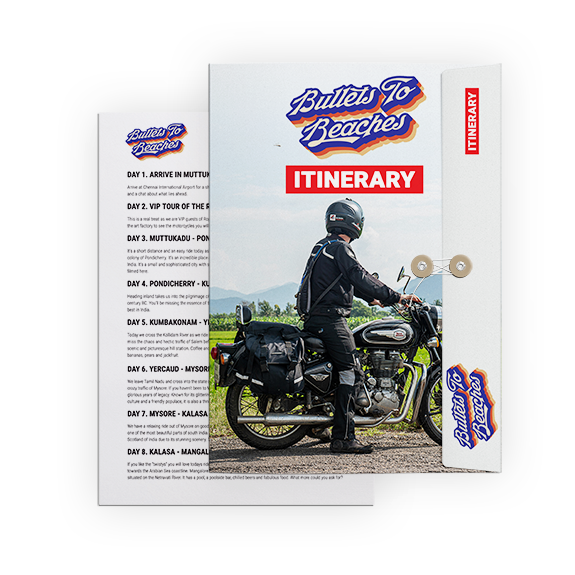 Where we go, what we do, and how far we travel on the adventure, day by day.

Arrive at Chennai International Airport for a short journey to your hotel in Muttukadu. We will all meet this evening for dinner and a chat about what lies ahead.

This is a real treat as we are VIP guests of Royal Enfield. We’ll be picked up by private bus and taken to the latest state of the art factory to see the motorcycles you will be riding for the next two weeks being manufactured.

It’s a short distance and an easy ride today as we hug the Bay of Bengal coastline all the way. We stay in the former French colony of Pondicherry. It’s an incredible place and it feels as if an elegant country town has been transported to southern India. It’s a small and sophisticated city with strong French influences. The opening scenes from the film “Life of PI” were filmed here.

Heading inland takes us into the pilgrimage city of Kumbakonam whose origins date back to the Sangam period of the 3rd century BC. You’ll be missing the essence of this place if you don’t taste the coffee. Kumbakonam filter coffee is one of the best in India.

Today we cross the Kollidam River as we ride through the hustle and bustle of Tamil Nadu’s towns and countryside. We’ll miss the chaos and hectic traffic of Salem before riding the final 30kms up through narrow mountain roads. Yercaud is a scenic and picturesque hill station. Coffee and citrus fruits, most notably oranges, are grown in abundance, as well as bananas, pears and jackfruit.

We leave Tamil Nadu and cross into the state of Karnataka. Today’s destination is the organised chaos, bustling crowds and crazy traffic of Mysore. If you haven’t been to Mysore, you just haven’t seen South India. An ancient city with more than 600 glorious years of legacy. Known for its glittering royal heritage, bustling markets, magnificent monuments, cosmopolitan culture and a friendly populace, it is also a thriving centre for the production of premium silk, sandalwood and incense.

We have a relaxing ride out of Mysore on good highway today as we head towards the Silent Valley of Kalasa. It has to be one of the most beautiful parts of south India. It’s a heavily forested coffee and pepper growing region and is known as the Scotland of India due to its stunning scenery. Tonight’s accommodation is deep inside the jungle.

If you like the “twistys” you will love todays ride as we drop down from Kalasa on beautiful winding tarmac roads heading towards the Arabian Sea coastline. Mangalore is a busy city however we avoid it all as we head to our rest day resort situated on the Netravati River. It has a pool, a poolside bar, chilled beers and fabulous food. What more could you ask for?

Chillout by the pool or head into Mangalore City for a bit of sightseeing. There’s also an option to take a boat trip on the Netravati River.

Today’s ride is stunning. We head into the Western Ghats mountain range where we should start to feel a drop in temperature. The two rivers, Tunga and Bhadra have their sources here in the mountains. Chikmagalur district also boasts Mullayanagiri, the highest peak in Karnataka. It is alternatively spelt Chikkamagaluru, which literally means ‘The town of the younger daughter’ in the native Kannada language. We ride through Bhadra Wildlife Reserve which is genuine tiger country, and yes, there really are tigers in the area. Tonight’s stop is in Shimoga which hardly sees any foreigners.

We get a real glimpse into rural life as we ride the rugged landscape across South India’s farming heartland. This is a part of the country that most foreigners never see or get the opportunity to visit. It’s commonly known as the ‘rice bowl’ of India due to its contribution in feeding the vast population of almost 1.3 billion people.

There aren’t enough words to describe Hampi, the former Vijayanagar Empire. It dates back to the third century as was at one time the biggest city in the world. Vast stretches of boulder-strewn hills make it absolutely unique. Dotted around the hills and valleys are 500 plus monuments. Among them are beautiful temples, basements of palaces, remains of aquatic structures, ancient market streets, royal pavilions, bastions, royal platforms and treasury buildings. The list is practically endless.

The distance we cover today is the longest on the ride however the roads are in good condition. We start not long after sun up and should reach the fishing port of Karwar on the west coast well before dark, all going to plan.

It’s our last riding day and we have a leisurely cruise up the west coast before crossing into the final state on our journey, Goa. You will see white painted churches everywhere as it was under Portuguese rule for over 450 years. We head for Colva beach, one of the longest in India at 22kms long. You can sit on the beach and watch the glorious sunset over the Arabian Sea as we prepare for our last night beach party.

(Travel on to The Secret Beach for two additional nights – optional extra). 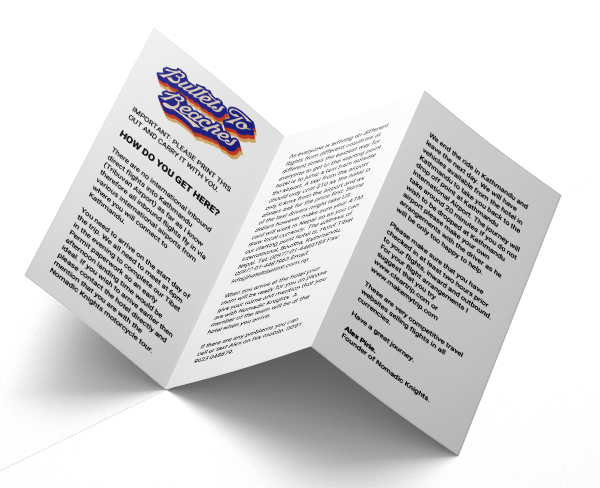 How to get here

Important information about how to get here, including details on flights, hotels and arrival times.

How to get here

IMPORTANT: PLEASE PRINT THIS OUT AND CARRY IT WITH YOU.

Here are the travel details to help you to plan and book your flights.

(DEPART GOA ON 16/11/21 IF YOU HAVE BOOKED THE OPTIONAL 2 NIGHTS EXTRA AT THE SECRET BEACH – CHECK THE ITINERARY FOR DETAILS).

You need to arrive for the start day of the ride on 31/10/21. The airport is 30km from our starting point hotel and taxis are available from outside the terminal. (The taxi should cost you no more than INR 1,000. One thousand Indian Rupees). Uber & Ola taxis are also available.

We will have paid transport available from the hotel in Colva to take you back to the drop off point at Goa International Airport.

If you are arriving early or staying on after the ride then please contact the hotel directly with your booking details and mention that you are with Nomadic Knights motorcycle tour group.

For your flight arrangements you can try www.cleartrip.com or www.makemytrip.com. These are India based travel websites that offer very competitive rates.

As road trips go, a group of British adventurers are about to put Thelma and Louise well and truly in the shade. Steph Jeavons, 44, from Gwynedd, is to lead the first all-female motorcyclist group to Everest base camp.
Take a look

When you sign up to ride motorcycles with famous Round-the-Worlder Steph Jeavons you’ve gotta know it’s not going to be your garden variety affair. Steph, who over the course of 4 years rode 74,000 miles across 54 countries and on all 7 continents…
Take a look

Two years ago, as Steph was getting close to the end of her journey around the world, she mentioned the idea of a new adventure. “Do you fancy riding to Everest Base Camp?” she said. “I have an idea to lead a group of women and I need my wingman with me”.
Take a look

Flights, visa, travel insurance, evening beers or drinks and any transport arranged by yourself outside the proposed itinerary. 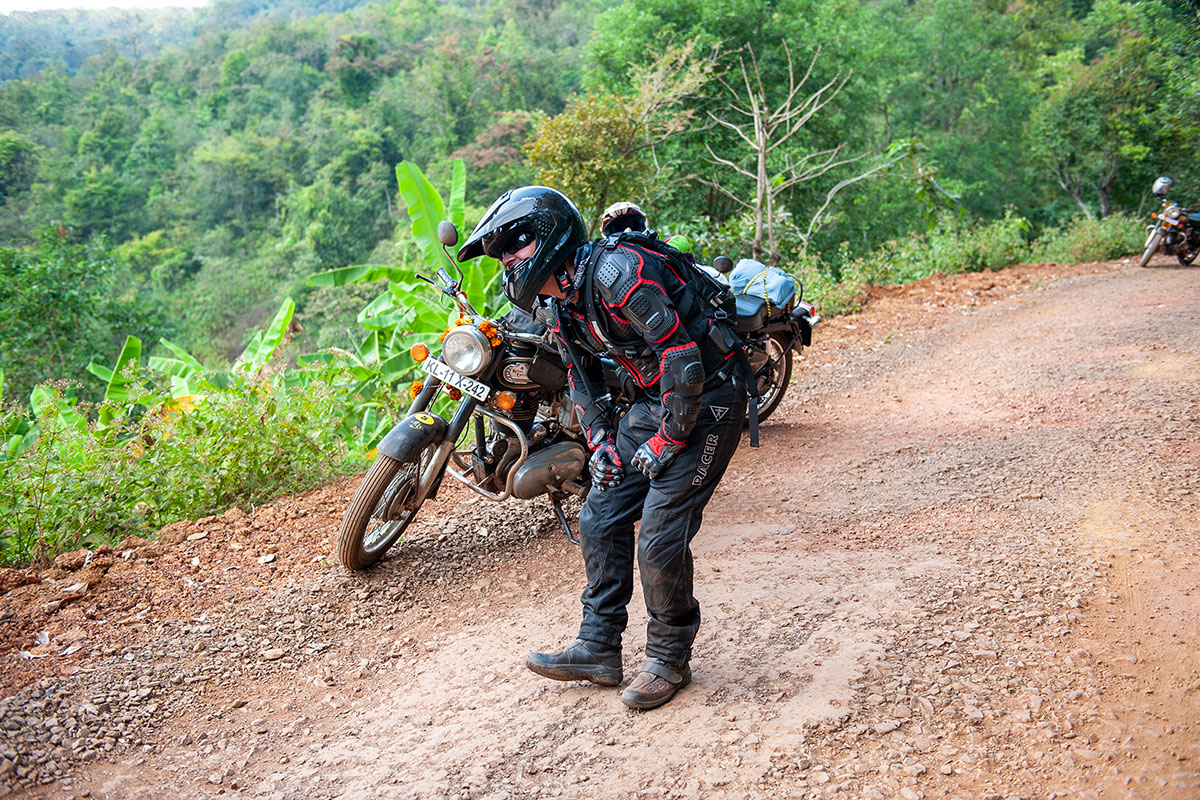 This Information Pack includes everything you need to know about this Adventure, including Insurance Details & Emergency Contacts, Your Health, Kit List, Driving/Riding Conditions, Questions and Answers and Visa Application. 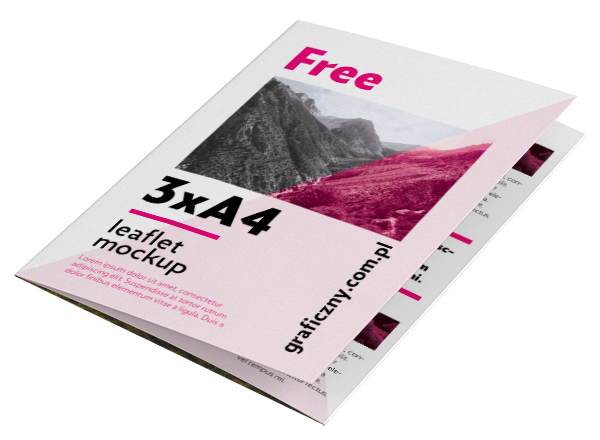 Find out more about paying by installments.